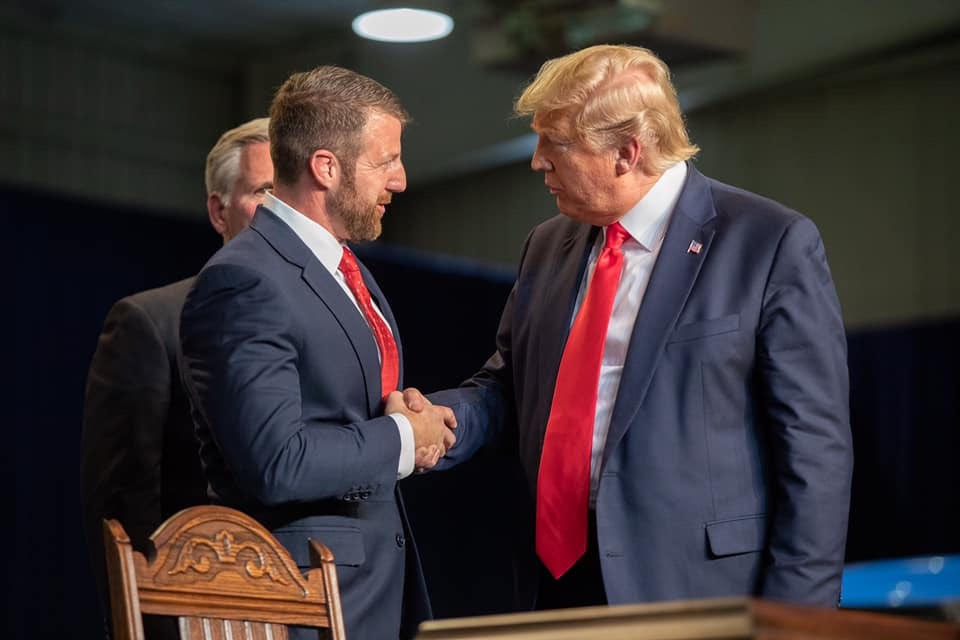 Oklahoma’s Second District Congressman Markwayne Mullin has the lead in the Republican Primary to replace Senator Jim Inhofe. Mullin leads the race with double the support of his closest competitor, former Oklahoma House Speaker TW Shannon, who is no stranger to running for the US Senate in Oklahoma.

SoonerPoll surveyed 302 likely Republican primary voters. If the vote were held today, Mullin leads the pack with 38.3% support while Shannon comes in second place with 16.4%. Among the other 11 candidates, no one garnered more than 6% support. The top two vote-getters in the primary will likely face one another in the primary runoff election on August 23, 2022.

[QUESTION] If the Republican Primary election for the unexpired term to replace Jim Inhofe was today and you were standing in the voting booth right now, for whom would you vote?

TW Shannon was polling closely behind James Lankford in 2014, the last time he ran for statewide office, when he ultimately lost the primary race to replace Sen. Tom Coburn. Shannon was better positioned at this stage in 2014 than he is in the 2022 race.

"This is not to say that Shannon is out of the running, because he may eventually win this election," said Bill Shapard, Chief Pollster at SoonerPoll. "Jim Inhofe's late retirement announcement would rob any candidate of the time to build or restore their name identification with voters, organize a campaign, and raise money. These decisions also cause pollsters like us to have high undecideds in races as voters struggle to keep up with the elections and what candidates are running."

Although President Donald Trump has not endorsed a candidate in this campaign, this poll reveals his backing could have an impact on the race. When asked if President Trump’s endorsement would help people make their decision, 20.4% of Oklahoma Republicans say that would be the deciding factor in their vote, and another 43.7% say his endorsement would be a factor for consideration.