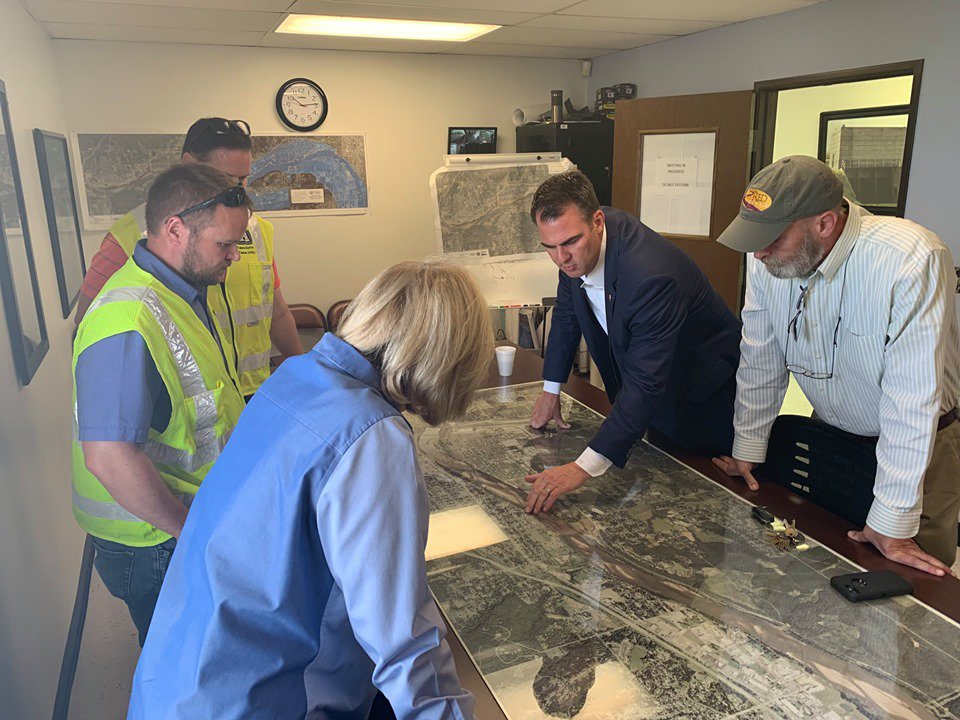 Governor Kevin Stitt finds himself today with about two out of every three Oklahoma likely voters having a favorable opinion of him. And, while former Republican governors in this very Republican state have had higher favorables, he might want to take his 66.5 percent favorable as a good report card considering the current political climate.

A lot can change in just six years.

Now, we have the Republican governor at just 66.5 percent favorable and a Republican president at 58.3 percent. No doubt Oklahoma is still a red state and usually like its Republicans leaders, but the age of Trump has depressed those high marks for sure.

[box][QUESTION] Now, I'm going to read to you a list of individuals or organizations. For each one, please tell me if you have a FAVORABLE or UNFAVORABLE. If you don't know them or have an opinion, just let me know. KEVIN STITT

"Stitt is doing pretty good just seven months in," said Bill Shapard, CEO of SoonerPoll.com, who went on to note that Stitt had to follow one of the most unpopular governors in Oklahoma in modern political history from his own party.

"That, first in and of itself, was not an easy feat. He certainly could add to his favorability over time, but there will be several things that may be weighing on his ratings and one of those is next year's presidential election."

Stitt has the favorability of a whooping 87.3 percent of Republicans and a plurality 45.4 percent of Democrats. Independents are less favorable towards Stitt with only 36.3 percent and 41.9 percent with an unfavorable opinion of him, yet only make up less than eight percent of the electorate.

Among conservatives, Stitt has a 85.9 percent favorable rating and nearly half of moderates at 49.9 percent. Even those that consider themselves liberal in their political views are willing to give him shot with 33.4 percent favorable. Another 21.8 percent had no opinion at this time.

"Some of these numbers could go south on Stitt also because of Medicaid expansion and how he handles it," said Shapard.

Medicaid expansion is supported by a majority of likely voters and just about half of Republican voters with an opinion on the issue.

"Many are waiting to see," said Shapard, who noted that 24.3 percent of Democrats had no opinion of Stitt as this time and neither did 21.8 percent of Independents.

The scientific study was conducted from July 17-27, 2019 with 373 likely Oklahoma voters selected at random statewide from a tri-frame of both landline telephone and cell phones, plus SoonerPoll's proprietary online panel. The sample was weighted by age, political party and congressional district in order to reflect the Oklahoma likely voter population for a primary election. The weighting was conducted using a 'layered technique.'

The sample reflects the traditional demographical profile of the Oklahoma likely voter with roughly half of respondents identifying as conservative and attending religious services once or more per week. The study has a Margin of Error (MoE) of ± 5.07 percent.