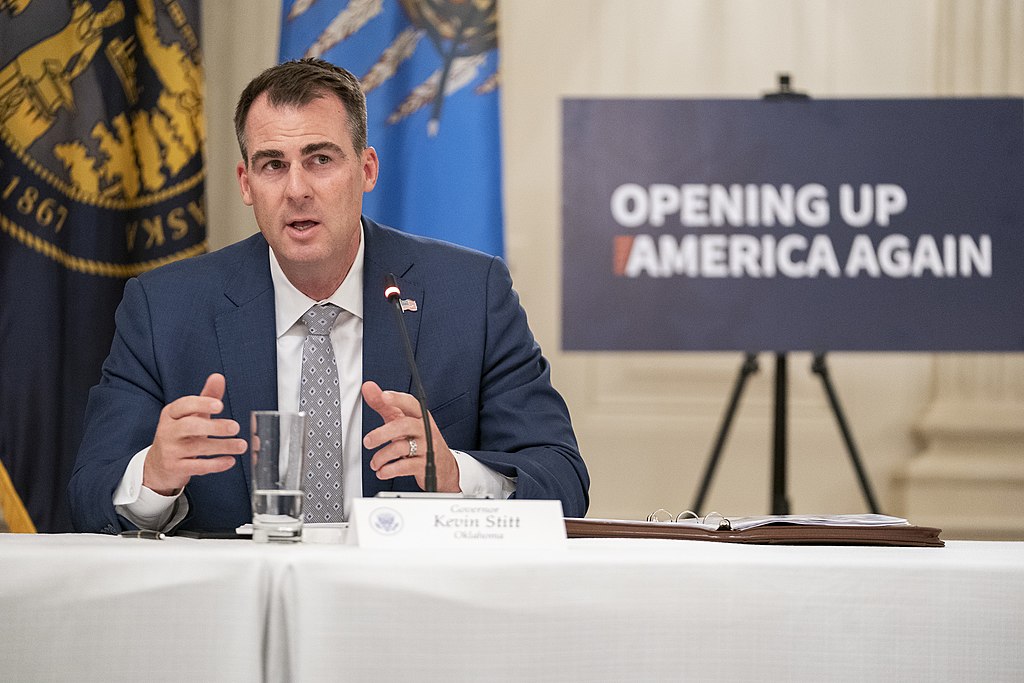 The poll was commissioned by News9 and Newson6 in Tulsa among 402 likely voters selected at random in the state using a dual-frame methodology. Republicans, who represent 54.4 percent of the general election electorate, where weighted to 57 percent of the sample, assuming greater turnout among Republicans in Biden's first midterm election.

Hofmeister, who until recently become a Democrat, is the current Superintendent of Public Instruction, having served two terms in the post as a Republican.

But, this race is closer than the other statewide races for these two reasons.

Stitt's favorable rating shows soft favorables, meaning a higher percent are more somewhat favorable than very favorable at 26.1 percent to 20.1 percent very favorable. While he has a combined favorable of 46.2 percent, 53.3 percent have an unfavorable opinion of him with 40.6 percent indicating very unfavorable. Recent TV advertising by third party groups have attacked Stitt and appear to be playing a role in the increase of his unfavorables and levels of support.

Hofmeister, interestingly, was getting 61.4 percent of conservative voters in her re-election to Superintendent in 2018, 63.9 percent of Republicans, and 28.2 percent of Democrats meaning she has been able to win over Democrats who have voted against her in the past plus keep a few Republicans as well, making this a much closer race than most might have imaged.

[QUESTION] If the upcoming November election for Governor was held TODAY and you were in the voting booth right now and had to make a choice, for whom would you vote?

According to the poll, Stitt is getting 71.3 percent of his party's support, but losing 17.5 percent to Hofmeister, who getting 83.3 percent of the Democratic vote and losing only 3.6 percent to Stitt. Independents, who make up about one in ten voters on election day, support Hofmeister 59.5 percent to only 12.7 percent for Stitt.

Among those voters 65 and older, who make up about 40 percent of the electorate, Stitt is only garnering 49.8 percent to Hofmeister's 43 percent.

A plurality of women voters support Hofmeister (47.5 to 36.3 percent) and a small majority of men support Stitt (52.6 37.1 percent), but slightly more than one in ten women are undecided compared to only 2.8 percent of men.

Stitt is commanding the vast majority of conservative voters compared to Hofmeister, but only 16.4 percent of moderates compared to 70.1 percent for Hofmeister.

In the 1st Congressional District, where both candidates are originally from, Stitt edges out Hofmeister 49.6 to 46.4 percent. While Stitt is beating Hofmeister in the 2nd and 4th districts by 16 points and 3 points respectively, Hofmeister is beating Stitt in the 3rd district, 47.5 to 38.1 percent, and the OKC metro area of the 5th district, 46.8 percent to 36.5 percent.

One final note, Stitt's weaknesses in his favorability is not having an impact on the other statewide races at this point in the data. For example, 41.1 percent of those somewhat unfavorable towards Stitt are voting for James Lankford, 39.8 percent for Markwayne Mullin, and 36.4 percent for Lt. Governor Matt Pinnell.