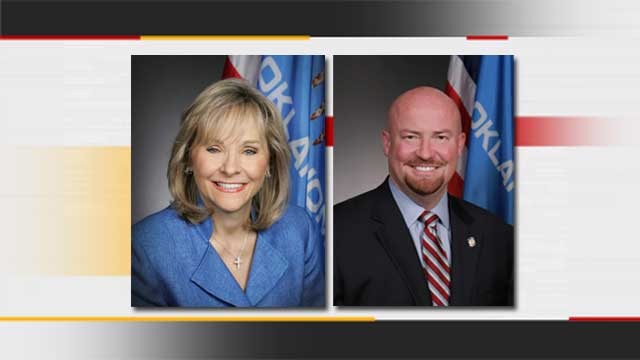 OKLAHOMA CITY -Oklahomans go to the polls November 4th and numbers released Thursday evening in our exclusive News On 6/News 9 statewide poll reveal the race is tightening, but Governor Mary Fallin still leads by double digits with just a month of campaigning left.

Of 400 registered voters likely to cast a ballot, Fallin is out front with 50 percent, unchanged from our poll last month. Her Democrat challenger Joe Dorman trails with 36 percent.

While it's a four percent improvement for Dorman since our last survey, the Republican incumbent still has a 14 percent lead.

Two independent candidates are controlling a combined six percent of the votes while eight percent are undecided.

The undecided number was 15 percent just a month ago. According to Pollster Bill Shapard, undecided votes typically break for the challenger as the election draws near.