News9/Newson6: Inhofe, Lankford Have Commanding Leads In US Senate Races 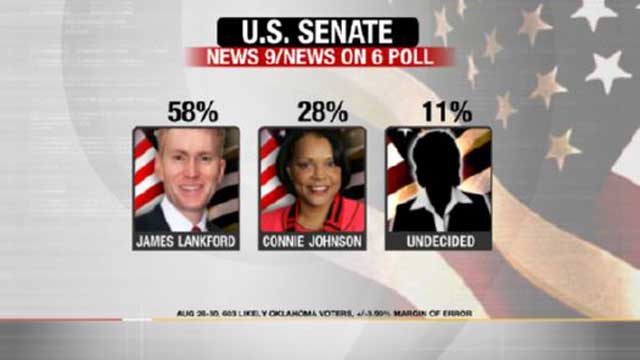 When asked who they would vote for if the election were held today and they were standing in the voting booth, more than half of the voters polled said they would pick both Inhofe and Lankford.

Inhofe, who is seeking re-election on November 4, 2014, would get 59.1 percent of the vote. His closest challenger is Democrat Matt Silverstein, an investment planner from Bixby, with 27.4 percent.

In the race to replace retiring Senator Tom Coburn, M.D., fellow Republican James Lankford would get 58.2 percent of the vote. Lankford has represented Oklahoma's 5th District in the U.S. House since 2011.