News On 6 Pollster: 'Fallin's Re-Election Not A Done Deal' 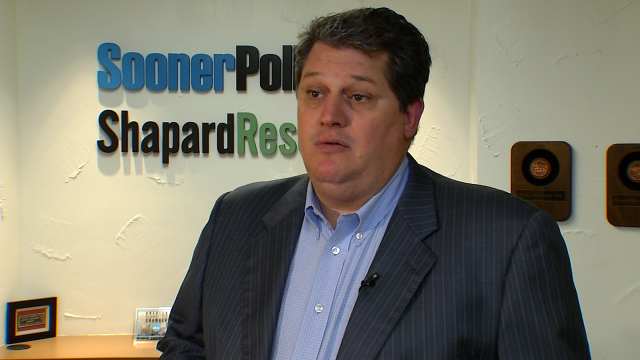 OKLAHOMA CITY, Oklahoma -On the surface, Governor Fallin appears to have a commanding lead in our new exclusive News On 6 poll, but with the election just two months away, a deeper dive into the numbers shows her re-election might not be a done deal.

Fallin made a stop in Tulsa this week with other high profile Republican candidates for something the party called a "Victory Tour,” and our just-released News On 6 poll shows the governor is much closer to victory than her democratic opponent.

Of 600 registered voters likely to cast a ballot in November's general election, Fallin leads with 50 percent. Her Democrat challenger, Joe Dorman, trails at 32 percent, while the Independent candidates are getting the support of only two percent.

But here's where it gets more interesting, 15 percent in our survey aren't sure who they'll vote for. News on 6 Pollster Bill Shapard said the high number of undecideds is not good news for the incumbent.