How unpopular is Governor Fallin? Kevin Durant is more popular. 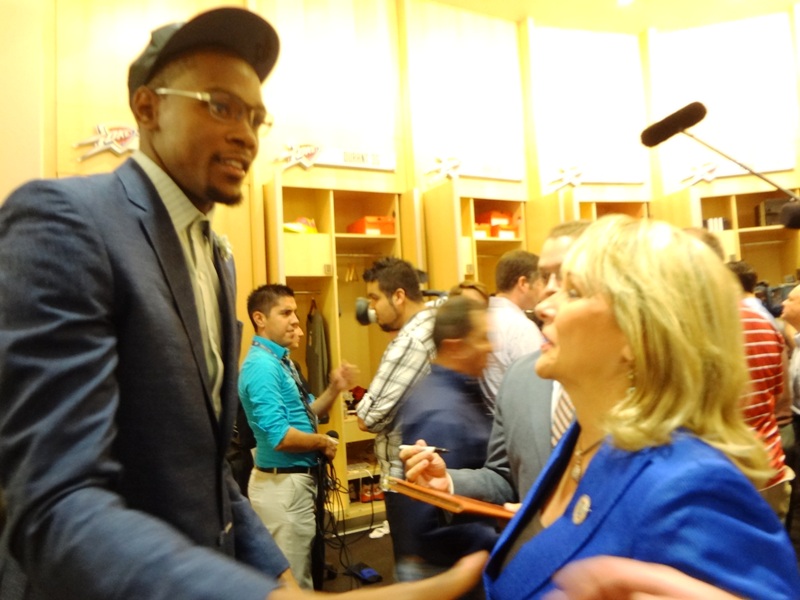 One might think that former Oklahoma City Thunder player Kevin Durant, who abandoned the team to join another one just to win a championship, would be one of the most unpopular people in the Oklahoma public eye right now. But, in this highly competitive sports state, that's not the case, particularly in comparison to Governor Mary Fallin.

More than six out of ten likely voting Oklahomans find Fallin unfavorable, while less than one in five for Durant.

[box][QUESTION] I am going to read to you a list of individuals. For each one, please tell me whether you have a FAVORABLE or UNFAVORABLE opinion. [PROBE: VERY/SOMEWHAT] MARY FALLIN

Fifty-two percent of Republicans found Fallin unfavorable, while 71.6 percent of Democrats and 65.1 percent of Independents did as well.

A plurality of self-identified Conservatives, 46.9 percent, found Fallin unfavorable and 75.3 percent of Moderates.

Perhaps what could be even more saddening for the Governor is 64 percent of likely voters in the 5th Congressional District, a district she represented in Congress, viewed her unfavorably with 46.3 percent as "very unfavorable," more than any other congressional district in the state.

What may also be very telling about the depths of the Governor's unpopularity is it's comparison to the State Legislature as a whole which, like most evaluations of elected bodies, never scores well.