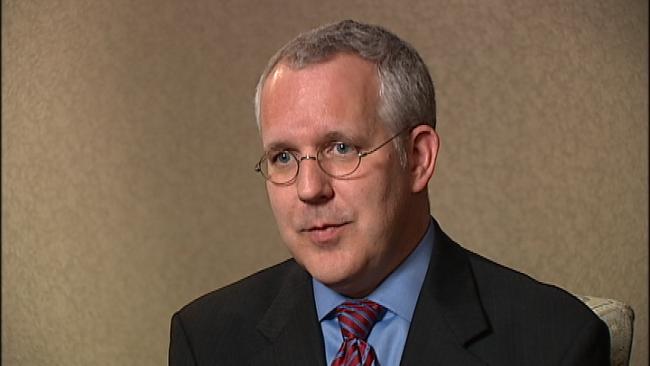 Governor Brad Henry will finish his second term as governor with a 70.8 percent approval rating, despite dropping significantly in the midst of a political environment often marred by anti-establishment and anti-Democrat sentiments.

According to SoonerPoll, Henry�s approval rating had been slowly declining in recent years reaching his lowest approval on record of 62.2 percent in October before surging to 70.8 percent following the November election.

"The remarkable thing about Brad Henry is how his approval ratings defy the political environment." Keith Gaddie, Vice President of SoonerPoll, said. "In the past, many of us attributed this to a conciliatory, low-profile approach to politics.� But this governor has been standing against a variety of conservative political initiatives from the legislature, and his approval has actually gone up since the highly anti-incumbent environment created by the November election."

A look at how other elected officials are faring in Oklahoma helps to put Henry�s approval into perspective. President Barack Obama, a fellow Democrat, had an approval rating of just 26.1 percent in November while October numbers showed Oklahoma's US Senators Tom Coburn and Jim Inhofe, both conservative Republicans, with only 69.6 percent and 64 percent respectively.

By comparison, Henry's approval has remained high and never fallen below 62.6 percent, a remarkably high all-time low for an elected official who often finds himself�on the opposite side of the electorate on the issues.

Many times in the past few years Henry has used his veto powers to strike down bills that were wildly popular among voters. The most recent example occurred in April 2010 when Henry vetoed an abortion bill that was widely supported by Oklahomans.

In a poll conducted by SoonerPoll from May 25 � June 8, 2010, 52.6 percent of Oklahomans supported both parts of the bill vetoed by Henry.� The bill was passed when Henry's vetoes were overridden the following week by the Oklahoma Senate.

HB 1601 is another of the more recent examples. The bill, which was vetoed in April of 2009, dealt with two issues that Oklahomans expressed strong opinions about.� The bill stated no attorney can deduct any portion of a judgment from a court of law, settlement proceeds of a client, or any monies held in trust for a client for the purpose of donating or contributing funds to the election process.

The bill would also have required state agencies to use the competitive bid process when seeking outside legal counsel when fees and services were expected to be more than $5,000.� A SoonerPoll from March of this year showed that 92.9 percent of Oklahomans were in favor of the political deduction portion of the bill and 62.7 percent of Oklahomans would like to see competitive bid provision implemented.

Governor Brad Henry, who is an attorney by trade, first vetoed the bill, which was overturned by the legislature. The law went into effect last November.

Henry's veto record is not the only place he finds himself at odds with voters.� A look at the programs Henry has supported throughout his stint as governor reveal areas in which voters may have become disenfranchised.

One such program that has seen a drastic drop in favorability in recent years is the state lottery. Henry has long been an advocate of the state lottery, since its introduction in 2004, because he believes it provides critical funding for classrooms and teacher pay.

In 2009, Henry was again at odds with voters when he accepted all funds allocated to Oklahoma from the national stimulus bill.� In a study conducted in April 2009, SoonerPoll found that 44 percent of Oklahomans said that they think Henry should only accept funds with no strings attached while only 21.1 percent said he should accept all funds.

Many of the results mentioned in this story came from the Oklahoma Poll, which is commissioned by the Tulsa World.

The two most recent scientific surveys were conducted by SoonerPoll.com, Oklahoma�s public opinion pollster, using live interviewers by telephone of 753 likely voters from Oct. 18 � 23 and 518 likely voters from Nov. 5 � 11. The studies had a margin of error of � 3.57 percent and � 4.3 percent respectively.