Gov. Henry Remains with Strong Approval Despite Being on the Opposite Side of the Electorate on Most Issues 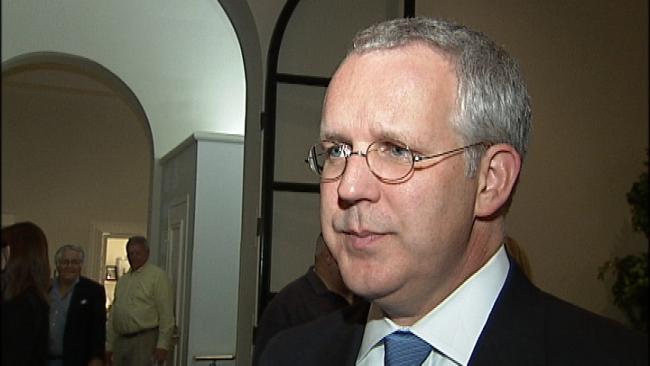 A recent SoonerPoll shows Governor Brad Henry's approval ratings remain high, despite being opposite voters on many initiatives.

The poll results show two out of every three Oklahomans approve of the job Governor Brad Henry has performed so far in this term. However, results also show many of the same respondents disapprove of many of his initiatives and support many that he has vetoed.

In the same poll, respondents said that they approve English as the official state language, they do not approve of Henry accepting stimulus funds for the state, that they approve mandating voter identification and that they have mixed feelings of the state lottery. Although Henry has taken the opposing side on all these issues his approval rating remains high.

SoonerPoll asked Oklahoma�s likely voters what they thought of Henry and other elected officials.

Governor Henry has long received such Oklahoma approval, but, as polls now indicate, that may be changing. Henry has enjoyed approval numbers in the 75-85 percent range when first elected and even held strong in the 70 percent range over the last two years, however, Oklahoma disapproval of Obama may be spilling over into Henry�s approval.

SoonerPoll�s public opinion polls use a scientific random sample to consistently test Oklahoma�s likeliest voters� political views and track them over time. The survey used in this analysis had a sample sizes of 318 Oklahoma residents (with a margin of error of � 5.5%). The study used in this release was conducted via telephone between April 23-26, 2009.

� As a respondent�s self-described political beliefs move from liberal to conservative, the likelihood of approving Henry decreases dramatically; 100% of those who are very liberal approve of Henry while only 41.5% of very conservative approve;

� Approval is fairly consistent no matter the age of the respondent;

� 61.9% of those who consider themselves to be Evangelical Christians approve of Henry�s performance as Governor;

� As a respondent�s likelihood of actually voting increases, approval for Henry decreases;