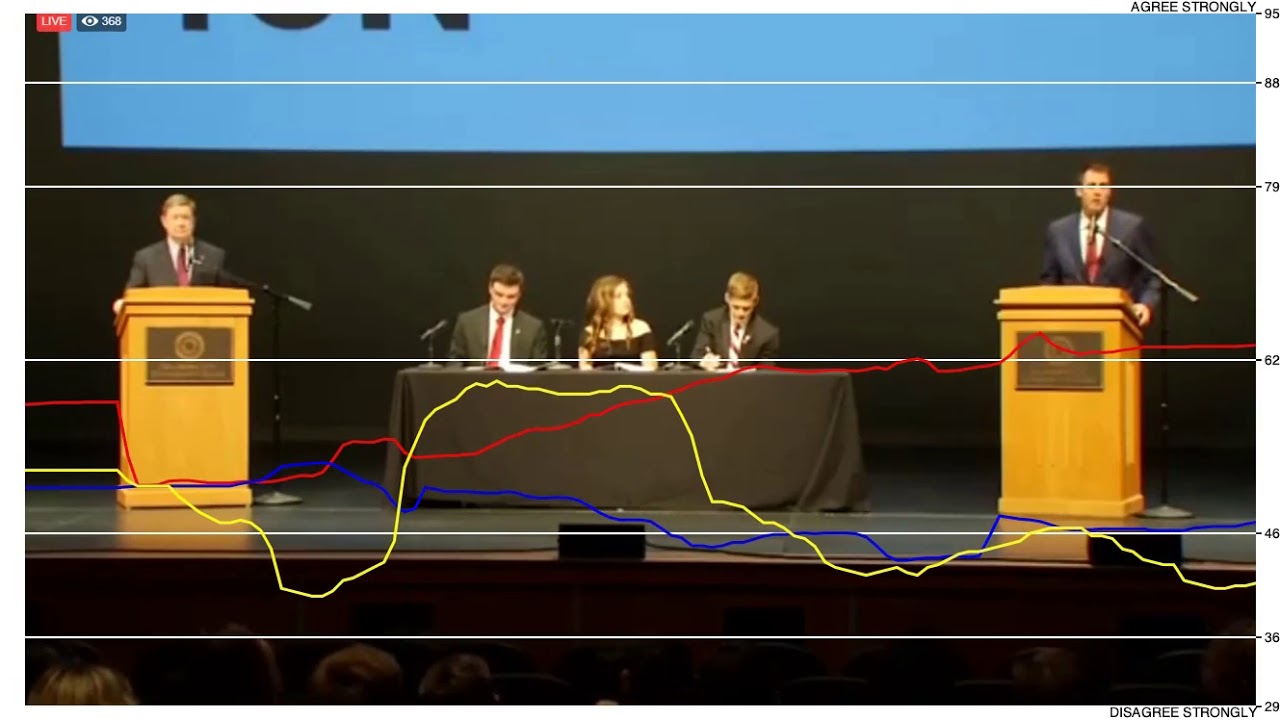 In order to fully understand how the two top candidates for governor this year are impacting voters, SoonerPoll.com partnered with News9/Newson6 and performed a Dial Test of the candidates speaking at the From Now On debate held Thursday, October 11th. For this video presentation, Republicans are RED, Democrats are BLUE, and Independent voters are YELLOW.

During this campaign, Kevin Stitt was worked hard to try and convince voters that, as governor, he should be given the ability to hire and fire the head of state agencies, and that this stands in the way of getting, Medicaid monies for example, into the state's rural hospitals and nursing homes. Unfortunately, this messaging does not move Democrat or Independent voters.

While Republicans respond favorably, Democrats and Independents may not respond as positively because the messaging is either too much "inside baseball" for most voters or they do not believe Stitt's reasoning for the change. His ideas here might best be suited as a pursuit once elected governor, but not necessarily a message needed or used to woo more moderate voters.

Towards the end of Stitt's remarks, he talks about what he believes is a structural or management problem standing in the way of Oklahoma becoming a top ten state. Independents fall even lower, below Democrats, as he remarks that these changes -- changes in more of the fashion of how a CEO would want to run a state -- would leave a lasting legacy.

Again, Stitt continues to work into his messaging his CEO background and proposed governing style that would reflect his corporate experience, but the dial test shows these messages are not moving Independent or more moderate voters toward him.