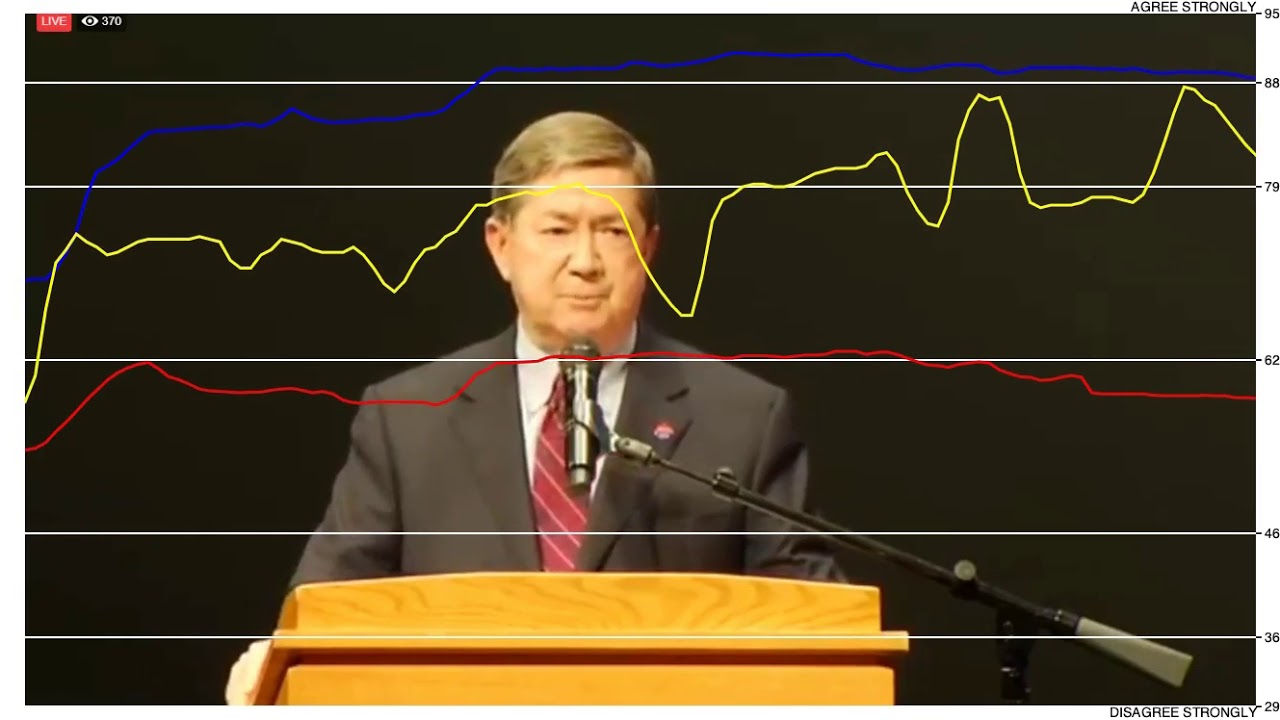 In order to fully understand how the two top candidates for governor this year are impacting voters, SoonerPoll.com partnered with News9/Newson6 and performed a Dial Test of the candidates speaking at the From Now On debate held Thursday, October 11th. For this video presentation, Republicans are RED, Democrats are BLUE, and Independent voters are YELLOW.

While Drew Edmondson co-opted the debate's name and incorporated it into his closing remarks at the debate, voters regardless of political party affiliation responded very favorably, and Edmondson's remarks ended up being his best performance at the debate with voters.

Quickly, likely voters of all three major parties responded very favorable when Edmondson said, "from now on, we're going to properly fund education." Republicans even shot to 62 percent favorable with the statement.

Favorability remained high as he named other priorities, but begin to slightly lose Republicans when he asked for the Pardon and Parole Board to send him the names of those convicted for felony crimes that were no longer classified as such, although the response of Republicans never fell into negative territory.

Republican favorability also rose slightly when he talked about making sure that teachers were properly certified to teach our children.

Edmondson also got extremely high marks from Democrats, Independents, and Republicans when he said that it was possible to protect the environment and the economy at the same time.

In fact, from the time Edmondson remarked, "we could build a future that our children and grandchildren can be proud of," approval among Republicans never fell below 62 percent on the scale.

Substance is important to voters, but so is style. Edmondson's many years in elected office have benefited him greatly in the development of his speaking and debate style, and the responses from this dial test are evidence of that.