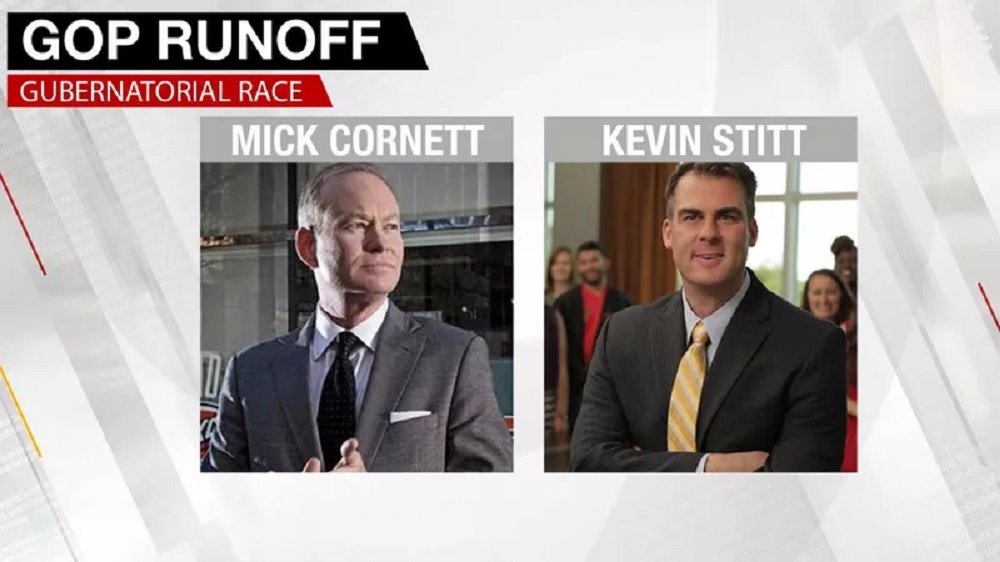 It couldn't get much tighter than this.

Both former Oklahoma City mayor Mick Cornett and Tulsa businessman Kevin Stitt received exactly 181 votes, or 37.5 percent, in the most recent run-off poll commissioned by News9/Newson6. The entire sample for the poll was 483 Republicans.

Interestingly, Stitt trailed Cornett in the Tulsa area by just over 7 points, 41.4 to 34.1 percent. Cornett, along with outside groups supporting his campaign, have spent a considerable amount of time and money in Tulsa and the effort seems to be paying off.

As one might expect, Cornett had his greatest lead in the Oklahoma City area, leading by just over 10 points -- 45.5 to 35.2 percent.

But, Stitt led in the vote-rich rural parts of the state by 11 points, 41.1 to 30.1 percent. Prior analysis shows in upwards of 40 to 45 percent of Republican primary voters now reside in the rural parts of the state. Former Oklahoma City mayors, when running for higher office, rarely have performed well in rural areas, although it should be noted that Cornett's results in the primary in the rural areas surrounding Oklahoma City showed great promise.

[box][QUESTION] If the Republican primary run-off for Governor was today and you were standing in the voting booth right now, for whom would you vote? [READ IN ROTATED ORDER]

Cornett, who has supported tax extensions during his time as Oklahoma City mayor, led in the poll among moderate Republicans by nearly 23 points, 52.3 to 30.6 percent. Moderates, however, only make up about 15 percent of the Republican electorate in run-off elections.

Cornett led among voters over the age of 65 by nearly 12 points, who make up 37 percent of Republican electorate on election day. But, Stitt led among those 55-64 in age by 8.5 points and they make up 25 percent of the electorate.

Stitt also led among high church goers and evangelical voters which correlates with his performance among the most conservative voters.