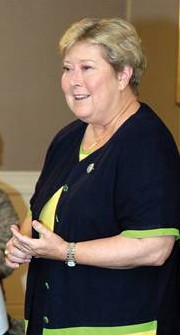 Results from the most recent SoonerPoll find that all gubernatorial candidates have taken a hit in the polls since the last poll in January of this year. Attorney General Drew Edmondson has taken the largest hit, as his large lead over Lieutenant Governor Jari Askins has fallen to a lead within the margin of error.

When Askins was the only announced candidate,� fewer knew her and early polling showed Edmondson with a sizable lead.� When Edmondson finally entered the race last summer, Askins had acquired a�5 point lead.� By the start of 2010,� both candidates were campaigning hard and Edmondson surged to the lead with a 9.5 point lead.

�As the current Attorney General, Edmondson has been in the health care reform storm that, from a political perspective, is not where any candidate would want to be,� Bill Shapard, CEO of SoonerPoll, said.� �The jury is still out on whether his decision not to join the health care reform lawsuit will haunt him politically in July�s primary, predominately among conservative Democrats.�

Shapard went on to mention the opportunity Edmondson has to appeal to Democratic primary voters by using the decision to show he is �willing to make tough decisions regardless of the political fallout.�

U.S. Congresswoman Mary Fallin is facing a similar situation, however, even after taking a 6.1 point hit in the most recent poll, she has maintained her large lead over her Republican opponent Oklahoma State Senator Randy Brogdon.

Brogdon is Fallin's closest competitor, and although his numbers have been on the rise since last March, his most recent numbers still trail Fallin by 49.1 points.

Many opinion leaders have theorized that Brogdon would benefit from the rise of the national Tea Party movement, but Shapard said �it just isn�t in the numbers or hasn�t happened yet.�

Two recent Republican candidate additions Robert Hubbard and Roger Jackson were not apart of this poll.

SoonerPoll.com, Oklahoma�s public opinion pollster, commissioned and conducted the study that used live interviewers by telephone of�304�likely votering Democrats and 301 likely�voting Republicans�from April 5 � 15, 2010. The study has a margin of error of � 5.65 percent.