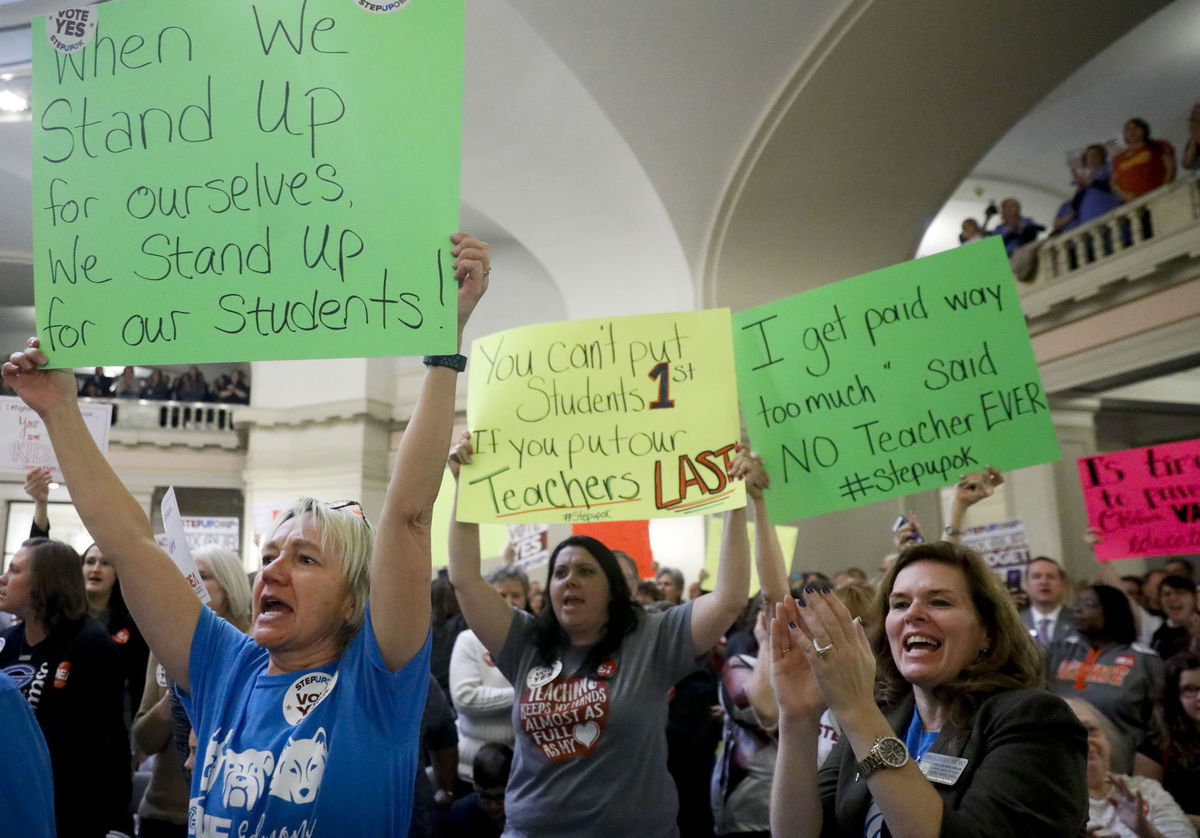 If House Democrats were betting on Republicans getting blamed solely for the overall failure of a plan to fix the state budget deficit and fund a $5000 pay increase to teachers, they may have bet wrong, according a recent SoonerPoll of teachers in the state.

On Monday, the state failed to pass the Step Up Coalition Plan, a comprehensive plan of tax increases and governmental reforms that would have fixed the current budget deficit, given teachers a $5000 pay raise and worked to avoid these budgetary problems in the future. Seventy-four percent of House Republicans voted for the bill, but only 36% of House Democrats voted for it.

Nearly 63 percent of teachers believe both parties are equally to blame for the plan not passing.

Among those who chose a party to blame, Democrats led Republicans by 4 points.

[box] [QUESTION] On Monday, the State House voted down the Step Up Coalition Plan with 53 of 72 House Republicans voting for the proposal, or 74% of Republicans, and 10 of 28 House Democrats voting for the proposal, or 36% of Democrats. If passed, the plan would have funded the current budget deficit and given teachers a $5,000 pay increase. Knowing this, who do you believe is most to blame for its failure to pass? [RESPONSES OFFERED IN RANDOM ORDER]

Nearly 72 percent of teachers disagreed when asked it they felt they were treated with respect from their elected officials.

The study was conducted online February 13-15, 2018 and respondents were selected at random among those with a teaching certificate in the state of Oklahoma and registered to vote. Teachers were identified by filtering out only teachers who were currently employed, retired, or looking for a teaching position in the state.

Weighting was not required for the study as the demographical profile of the sample was very similar to the profile of all teachers in the state.