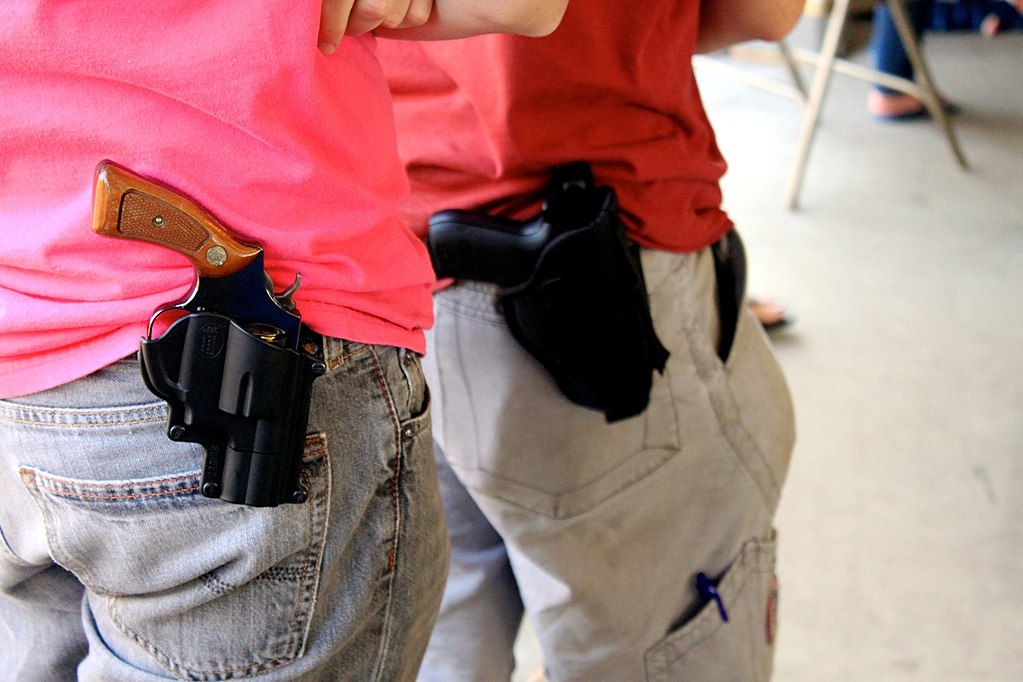 A year after enactment of an open-carry firearms law, Tulsans remain evenly divided over its desirability and effectiveness.

"The more guns you have, the more likely somebody is going to get shot and killed," Ruthie Ball said.

Some people, though, think things have already gone beyond that.

"In Tulsa, the crime rate is incredible," David Embry said. "I just can't believe the things that are going on in this town."

By a 2-to-1 margin, Democrats said they do not feel more safe because of the open-carry law.

By an almost identical margin, Republicans said they do.

"I'm 59 years old," Embry said. "I'm getting to that point that some of these thugs might think I'm an easy target.

Embry, who lives on the city's far east side, said he rarely sees a police car in his neighborhood and that when he does it fails to improve his confidence in local law enforcement.

"I don't know. Maybe they're trying and I just can't see it," he said.

Embry said he's thought about moving out of the city.

"The murder rate is so high. Burglaries. Home invasions scare me to death. And the thing is, I don't think anybody is listening," he said.