Tulsa World: A majority of Oklahomans like some aspect of the health-care law 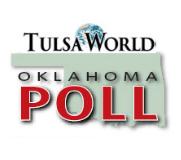 Oklahomans don't like the idea of mandated health insurance, but they are otherwise uncertain about the massive health-care reform bill signed into law last year, according to the latest Oklahoma Poll.

Many of the 520 likely voters surveyed by SoonerPoll.com during Jan.3-6 gave what appeared to be conflicting answers on 11 questions dealing with the issue.

Two-thirds favored Oklahoma taking legal efforts to block the health-care reform, but only 37 percent said the entire law should be repealed.

And, even among those who said the entire law should be repealed, about two-thirds then identified at least one element of it they thought should be retained.

By the same token, among the 15 percent who thought the new law should be left intact, about one-third named some portion they wanted repealed.