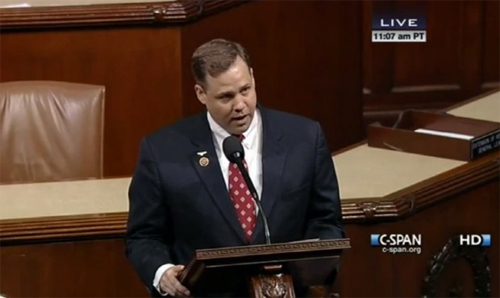 Tulsa liberals, and to a certain extent moderates, do not.

Overall, 44 percent of those surveyed Nov. 1-5 by SoonerPoll said they approve of the job Bridenstine has done during his first 10 months in office.

Thirty-three percent disapproved, and 23 percent were neutral or had no response.

The survey included only voters in the city of Tulsa, which tends to be somewhat less conservative than the First District as a whole.

"I think highly of him," said poll respondent Richard Freeman. "He started off good and he's just going to improve as time goes along."

"I have a low impression of him," said Ruthie Ball. "I don't like his views."

Ball said Bridenstine is trying to do "things that make it more difficult for poor people."

During his short time in Washington, Bridenstine has attracted attention for not being afraid to challenge party leadership. He was among a group of Republicans that forced a showdown on food assistance spending and the implementation of the Affordable Care Act.

The latter resulted in a 16-day partial shutdown of the federal government and a potential financial crisis.

Bridenstine and others blamed Democrats for refusing to back down, but national polls indicate public displeasure is mostly directed to Republicans.

The Oklahoma Poll produced similar results. Fifty-four percent of those surveyed, including one-third of Republicans, disapproved of Bridenstine's vote against the final compromise bill that lifted the partial shutdown.