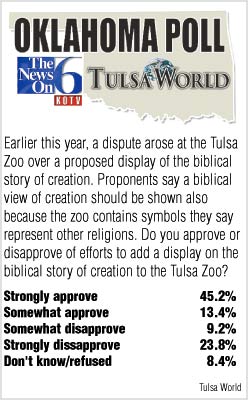 A controversial Bible-based exhibit considered earlier this year for the Tulsa Zoo has the support of most Tulsans surveyed in the latest Oklahoma Poll.

Under heavy criticism from opponents, a city board reversed itself and rejected the offered display earlier this year.