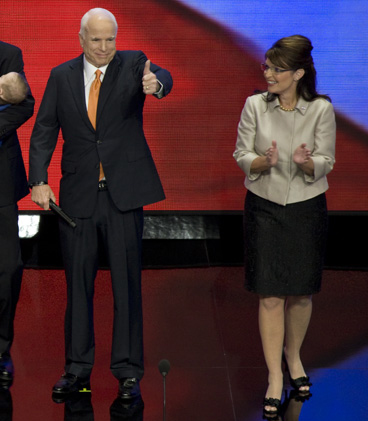 The statewide survey also finds that Sen. Obama is gaining ground in the Tulsa area.

In a survey of 357 likely voters statewide, conducted for the Tulsa World and KOTV, channel 6, by SoonerPoll.com of Oklahoma City, 57 percent said they intend to vote for McCain, with 33 percent favoring Obama and 10 percent undecided.

Obama has closed to within eight points of McCain in the seven-county Tulsa metropolitan statistical area after trailing there 60-22 in July and is 15 points down in metro Oklahoma City.

In the rest of the state, though, McCain leads almost three-to-one.