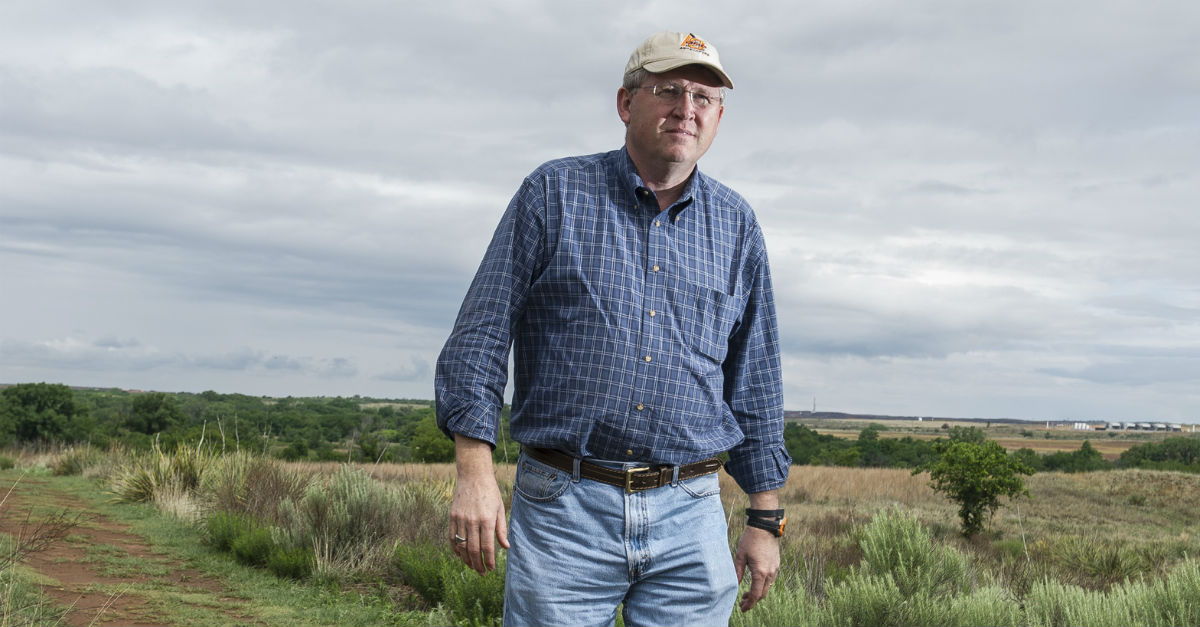 Congressman Frank Lucas, the Dean of the Oklahoma congressional delegation, appears headed to another term in congress according to the latest SoonerPoll.  Lucas was first elected to the U.S. House in 1994.

CLICK HERE: for the complete topline and crosstab report

Lucas gains the support of 75.7 percent of Republican voters and 22.8 percent of Democratic voters while only giving up 6.1 percent to Robbins, giving him a 16.7 percent net positive party crossover advantage.

Sixty-nine percent of self-identified conservatives supported Lucas, who only trailed among moderate voters 33.6 to 34.8 percent for Robbins. Other Republican congressional candidates polled in Oklahoma trailed their Democratic opponent by much greater amounts.

Lucas bested Robbins among men and women voters, evangelicals, and those that attend church weekly or more.

Oklahoma's 3rd congressional district is, geographically, the largest in the state and takes in suburban areas around both major cities in the state as well as a large rural area that includes the panhandle. Lucas also beat out Robbins among voters in the suburban parts of Tulsa that are in the district, 57.8 to 31.4 percent for Robbins, and 46.7 to 28.8 percent among the suburban voters around Oklahoma City.

Among voters in the more rural parts of the district, Lucas also beat Robbins 56.9 to 20.4 percent.

SoonerPoll.com, Oklahoma’s public opinion pollster, conducted the poll of Oklahoma likely voters in the 3rd congressional district, and was commissioned by News9 and Newson6.

The scientific study was conducted September 15-25, 2018 with 267 likely voters selected at random from a tri-frame of SoonerPoll's own online panel, cell phones and landline telephones. For cell phone and landline telephones, voters are selected at random from SoonerPoll's voter database and matched with cell and landline phone numbers.  Cell phone participants are collected using live interviewers and landline participants are collected using both live interviewer and IVR (Interactive Voice Response) technology. The sample was weighted by age, gender and political party in order to reflect the Oklahoma likely voter population in the 3rd congressional district.