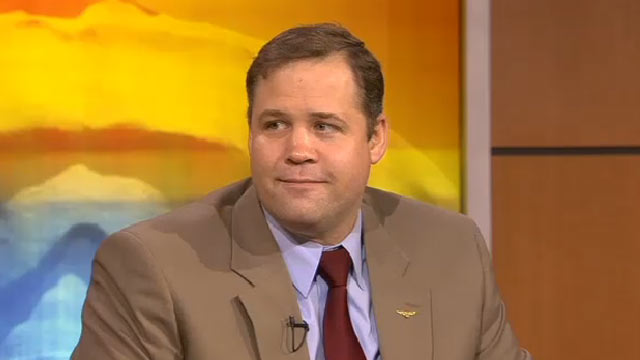 Republican Jim Bridenstine appears headed to victory by a wide margin in the 1st Congressional District, according to the latest Oklahoma Poll.

Bridenstine was the choice of 55 percent of the 428 likely voters surveyed Oct. 25-31 by SoonerPoll.com. Democrat John Olson was at 24 percent, and independent Craig Allen was at 4 percent.

The three have engaged in a lively campaign since Bridenstine knocked out incumbent John Sullivan in the June 26 Republican primary. Olson had hoped to pick up crossover votes from Sullivan loyalists and from moderate Republicans, but the survey indicates that that hasn't happened.

Bridenstine, on the other hand, gets nearly 30 percent of the Democratic vote.

"I'm pulling for him, and I know my wife is, too, even though she's a Democrat," said Keith Mangrum of Mounds.

The poll of 300 likely voters was conducted by Soonerpoll.com using a random digit dialing technique that included both cellphone and landline telephone numbers.

The margin of error is plus or minus 5.66 percentage points. This poll conforms to the Standards of Disclosure of the National Council on Public Polls. A complete description of the methodology can be found here.