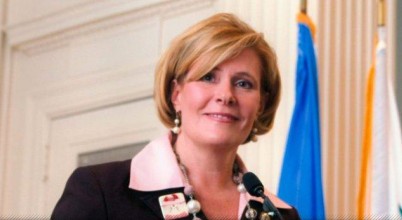 OKLAHOMA CITY - Patrice Douglas and Steve Russell have emerged as front-runners in the Republican race for Oklahoma's 5th District U.S. Representative seat, according to a News 9/News On 6 poll.

The June 19-21 survey of 334 likely Republican voters shows Douglas with 22.5 percent and Russell with 18.9 percent or nearly even when factoring in the margin of error. Four other Republicans received support in the poll including Mike Turner (13.1 percent), Clark Jolley (12.3 percent), Shane Jett (5.7 percent) and Harvey Sparks (5.1 percent). However, nearly one quarter of respondents, or 22.3 percent, remain undecided before Tuesday's primary.

Douglas and Russell have gained support since a May 5-10 poll which indicated no clear front-runner.

A candidate needs to get more than 50 percent of the votes cast in the June 24 primary to avoid a runoff. The winner of the Republican primary will meet a Democrat challenger and three Independents in the Nov. 4 general election.