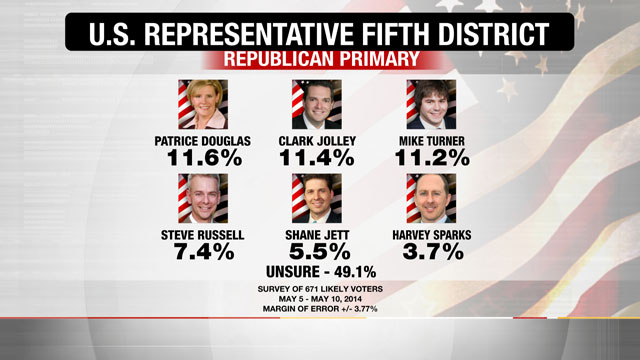 Nearly half, 49.1 percent, are still undecided, according to the poll.

"This race is up for grabs," said Bill Shapard, CEO of SoonerPoll.com. "Voters are unaware of these candidates for the most part."

OKLAHOMA CITY - State Sen. Al McAffrey has a slight lead in the Democrat race for Oklahoma's 5th District U.S. Representative seat, according to a News 9 poll, but most voters are still undecided.

Nearly two-thirds of likely voters, 64.6 percent, are undecided, according to the poll.

"[Democratic candidates] are struggling right now, with not only getting the name recognition into the district, but there's also just a high level of disengagement among Democrats here in ‘red' Oklahoma," said Bill Shapard, CEO of SoonerPoll.com.