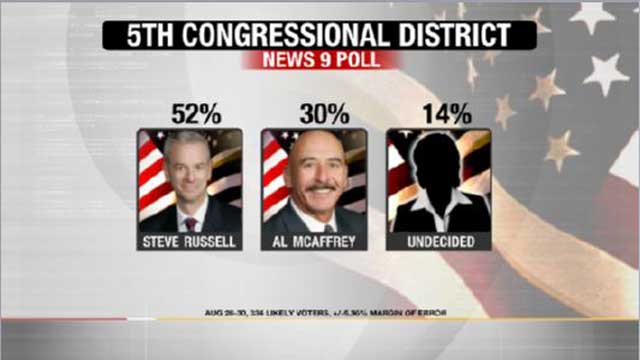 The poll indicates 52.3 percent of likely voters would choose Russell and 29.9 percent would pick McAffrey, if the election were held today.