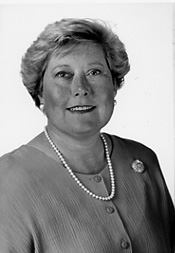 Republican gubernatorial nominee Mary Fallin maintains a comfortable lead over Democrat Jari Askins heading into the final week of the campaign, according to the latest Oklahoma Poll.

The survey was conducted by SoonerPoll.com of Oklahoma City.

A similar poll in July separated the two candidates by just six points.

Fallin's support has grown since, while Askins' appears to have slipped slightly.

But, although 80 percent of those surveyed said they were firm in their decisions, follow-up interviews suggested those decisions may be based on sketchy information.