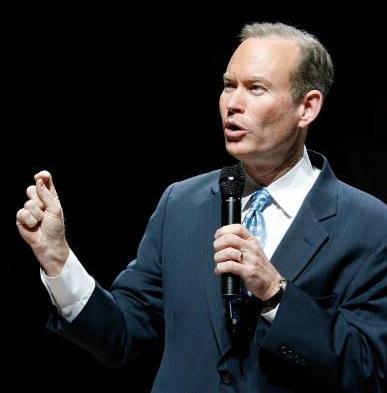 OKLAHOMA CITY � With less than 90 days before the July 25th primary, Lt. Gov. Mary Fallin led the field of congressional hopefuls with 49.5% and all other candidates in the single digits.� However, when Mick Cornett, the mayor of Oklahoma City and another possible candidate, is tested along side the other announced candidates, Fallin falls to 30.5% and Cornett gains 28.8% of the vote.

SoonerPoll.com, a public opinion research firm in Oklahoma City, conducted the telephone poll of 400 5th Congressional district likely Republican voters May 1-4th for News9 (KWTV) in Oklahoma City.� The margin of error was 4.9%.

�The race right now is being dominated by name identification,� said Bill Shapard, SoonerPoll�s CEO.� �Cornett�s possible entry into the congressional race may be short-lived with a severe disadvantage in fundraising compared to the other candidates as well as a lack of appeal to the more conservative base of the Republican Party.�

Shapard noted that additional analysis of those undecided in the match-up were 42.2% identified as �very conservative� and another 38.8% as �somewhat conservative.�

Top issues for Republican voters were reforming immigration, reducing government spending and promoting Christian values.� 47% of those polled believed the candidate�s view on immigration was �very important,� and another 36.1% responded �somewhat important� when deciding on who they would vote for in the congressional race.