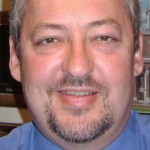 Let's say you're vacationing in Colorado early next year and, rather than limiting your Rocky Mountain High to Fat Tire or another New Belgium Brewing Co. classic, you decide to sample the state's choicest marijuana.

It would be perfectly legal, of course, given that Colorado was one of the first two states (Washington was the other) to okay recreational pot use.

But let's also say you return to Oklahoma a week or so later and are driving with nary a care when you cross paths with a law enforcement officer who, somehow, finds something about you to be suspicious.

Under a new Oklahoma law that took effect Oct. 1, the officer can pull you over and demand you submit to a test clearly aimed at determining whether you have been toking.

If the test turns up any sign of a Schedule 1 drug like marijuana, you would be considered guilty of a criminal traffic safety offense.

Even if there's no evidence your driving was impaired. And even if you used the drug legally under the laws of the state you just visited.

Welcome to Punitive Oklahoma, circa 2013.

The state that locks up more women per capita than any other and ranks in the top five in incarcerating men -- many for minor drug offenses -- has now guaranteed an overflowing prison pipeline into the foreseeable future.

But allow me to explain why the addition of House Bill 1441 in Oklahoma's criminal statutes is far from a simple case of law-and-order.

First, Oklahomans' notions about marijuana are changing. Did you see the recent statewide SoonerPoll?

What's even more eye-popping is that 68 percent of Republicans surveyed endorsed medical marijuana, compared to 74.6 percent of Democrats -- a narrow gap, indeed, if you buy into the silly stereotypes that R's are reliably tough-on-crime while D's are forever the party of anything goes.

The poll results suggest that, once again, the Legislature is well behind the curve when it comes to understanding what Oklahomans want.

The question now is whether Oklahoma lawmakers will respond to the SoonerPoll by authorizing the use of marijuana for medical treatment and decriminalizing possession.

For the record: The Aug. 28-Sept. 9 statewide survey was commissioned by the Oklahoma chapter of NORML, the National Organization for the Reform of Marijuana Laws. But you need to know it was conducted by one of the state's most reputable polling firms, Shapard Research.

In other words, you can't simply dismiss the results as preconceived.

Second, do we even need to ask who is most likely to get stopped under the expanded police powers granted by HB 1441?

It was only a few months ago the American Civil Liberties Union released a study that determined blacks in 2010 were arrested for marijuana possession at nearly three times the rate of whites.

In Oklahoma, moreover, in the first decade of the 21st Century, the disparity between blacks and whites arrested for pot jumped nearly 30 percent.

As Ezekiel Edwards, one of the authors of the ACLU report, put it, "The War on Marijuana has disproportionately been a war on people of color."

Third, the Legislature's Republican majority may carp incessantly about an out-of-control federal government invading our privacy, but it seems completely oblivious to its own meddling in the lives of individual Oklahomans.

Remember the medically unnecessary trans-vaginal ultrasounds for those seeking to terminate a pregnancy?

"They could pull you over and test you on site," she said. "If you refuse to take the test, your license can be suspended for 180 days."

Oklahoma City attorney Charles Sifers says he is troubled that while state law sets a .08 blood alcohol limit for driving under the influence, HB 1441 fails to specify a number for Schedule 1 drugs like marijuana found in a driver's system.

"In this instance any amount of Schedule 1, or any metabolite from Schedule 1, presumes you under the influence," he told Oklahoma City television station KFOR. "Marijuana can stay in your system a long time -- long after any impairing or effecting comes from smoking the marijuana."

Finally, Oklahoma's harsh marijuana laws are costing the state dearly -- millions of taxpayers' dollars that could be spent on education, mental health care, highways and other vital services are instead wasted on a bloated prison industrial complex.

According to the ACLU study, Oklahoma spent $30 million in 2010 alone enforcing marijuana laws. Nationally, the amount was a staggering $3.61 billion.

Yet, according to the Marijuana Policy Project's Chris Lindsey, "There's very little in the way of statistics that show that increasing penalties for possession of marijuana have any effect on the frequency of use in the state.

"I doubt that somebody that's making a purchase on the underground is thinking, 'if I get caught with this, here's penalties I face,'" he said during a recent interview on Oklahoma City's KTLV radio. "If the point is to change people's behavior, it's a failure."

It's bewildering, Lindsey argues, that authorities "spend so much time going after a drug that many Americans now believe should be regulated like alcohol."

Not just Americans in blue states like Washington and Colorado, but also in fire-engine red, ultra-conservative Oklahoma.

Think about this: Nearly six in 10 SoonerPoll respondents favor making possession of an ounce or less of marijuana a civil infraction.

Even so, most Oklahoma lawmakers seem utterly incapable of embracing the common sense marijuana views of a majority of their constituents. Why?

Well, corporate interests that cash in on our punitive drug laws are a major source of campaign contributions for state lawmakers anxious to keep their jobs.

In addition, religious conservatives -- among the fiercest foes of liberalizing marijuana laws, according to the SoonerPoll -- wield considerable power in the GOP primary. Republican incumbents coveting re-election cross fundamentalists at their peril.

Who'd have guessed five years ago that two states would legalize marijuana for recreational use -- and that federal law enforcement would look the other way?

Or that a vast majority of Oklahomans -- both Republicans and Democrats -- would support legalization of medical marijuana?

The times, it seems, are indeed a-changin'.