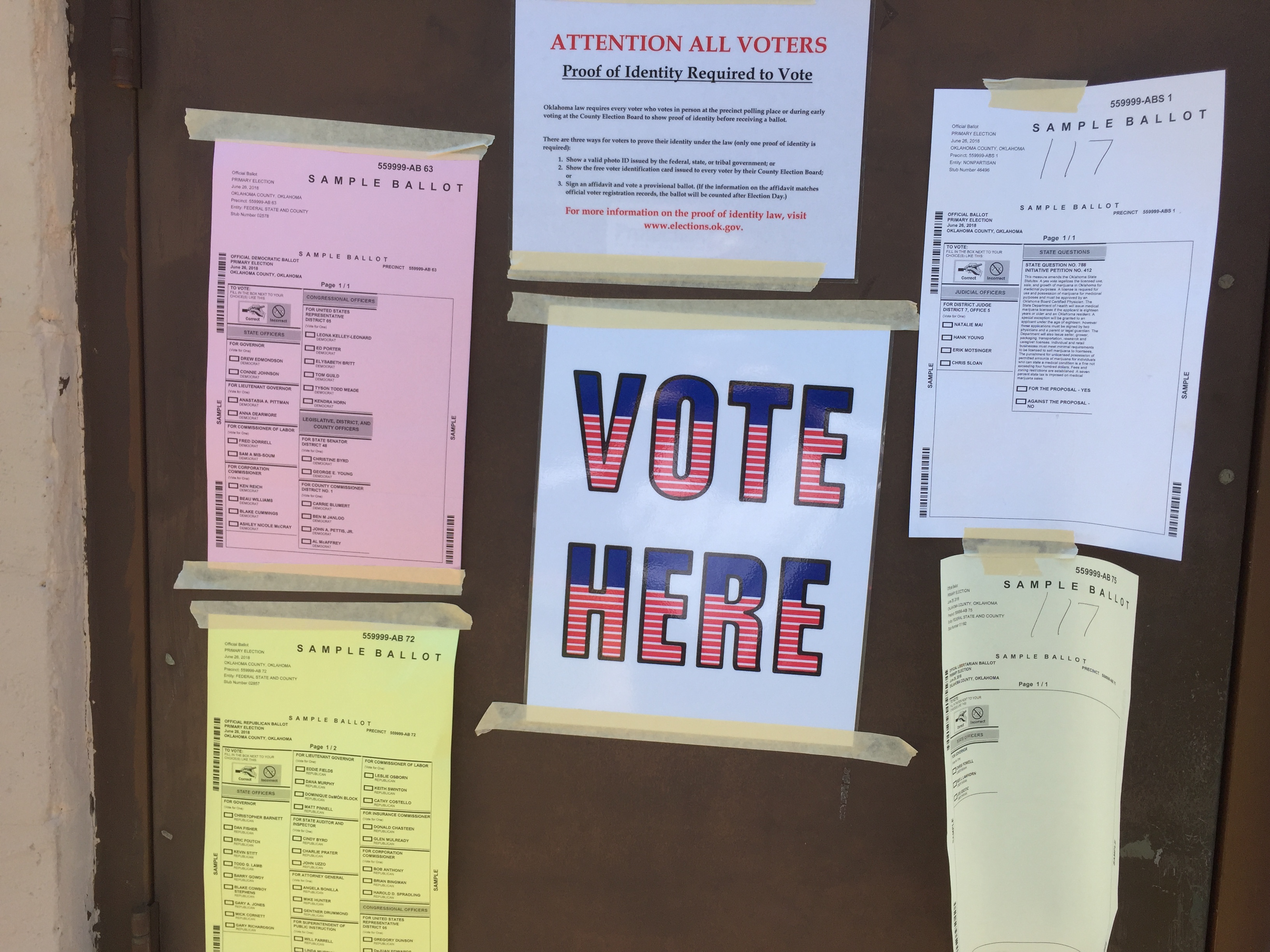 Anyone who has watched Election Day coverage in the past or is excited to do so in a hotly contested 2022 election, has probably heard anchors or analysts refer to exit polls. But what are they and how do they work?

Exit polls are surveys conducted as voters leave their early voting polling places on the Wednesday through Saturday prior to the election day. Reaching voters at that moment helps ensure that the people surveyed have actually voted.

Critical questions of who won and why are answered from exit poll results.

This year, SoonerPoll had more than 70 people involved in the project, many from universities or colleges in the state utilizing student engaged in political science or exit polling classes this semester. Participating college professors submitted questions for the exit survey and receive a complete dataset of the poll results in order to analyze and use in class discussions.

How are exit polls conducted?

SoonerPoll pollsters stood outside election board polling places at the top ten most populous counties in the state and a few of the next five biggest counties. These counties cover 81 percent of the state's total population.

Exit pollsters stood beyond 50 feet of the ballot boxes to intercept voters, in accordance with state laws.

Voters who agree to participate scan a QR code to receive the online survey on their phone or can go to a web address and participate as well. Duplicate IP addresses are limited to two responses.

What sort of questions are asked in an exit poll?

The exit poll questionnaire asks who people voted for, their demographics, opinions about the candidates and opinions on important issues. Questions included what political activities they participated in this year, where they get most of their voting information or news,

Exit polls, like any other survey, are subject to sampling and non-sampling error. Before news organizations report exit poll results or make projections, they compare results to pre-election polls and the voting history in that precinct and have statisticians and political experts carefully review the data.

Early voters are overwhelmingly Democratic or Independent, as Republicans are more likely to vote on election day, therefore exit poll results are best analyzed looking at the views within each of the political affliations rather than looking at the overall results.

After poll's close, exit poll results are weighted using the actual vote to make the data more accurate. Exit polls may be used to project the winners of races where the margin between the candidates is large. But most election projections are made after the polls close and incorporate actual vote data.

When will exit poll results be reported?

Most of results will be reported on SoonerPoll.com in the following weeks of the election to provide insights as to why certain candidates won or lost and why. News9 and News on 6 will report results as well.