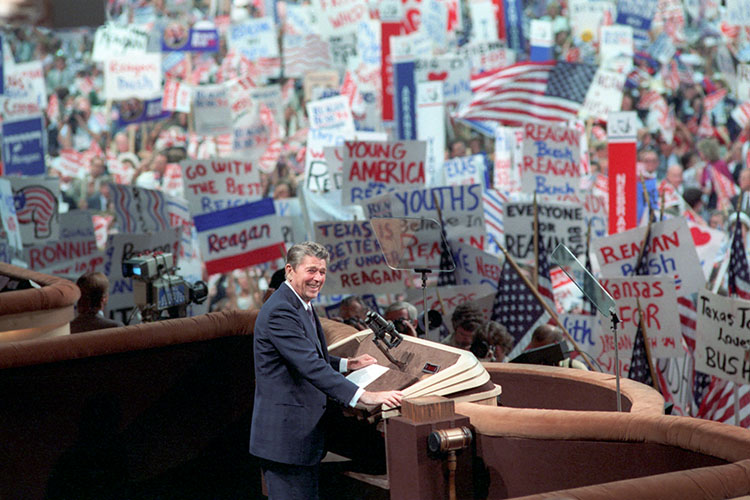 The collapse of the Democratic Party in Oklahoma and rise of the Republican Party to super majority status has substantially changed the Oklahoma Republican Party in just the last eight years. The changes can be noted in poll results that span that time and helps explain why Republicans running for statewide office may begin to underperform their party's registration numbers for the first time in decades.

First of all, the nature of being a majority party means the party becomes a "bigger tent" party and takes in more than just the purest of ideologies. In the 1970s for example, the Republicans in Oklahoma were a small minority but their ideological make-up, in the wake of Goldwater era, was of the purest of modern conservativism. Minority parties rarely attract other groups to join their party because, in effect, they can be their own minority.

But, majority parties also struggle with conflicting groups within its own broader majority identity. Naturally, many quasi-political groups, like business associations or single-issue interest groups, try to operate within a larger majority party because, as we all know, majority parties make the laws within the state and there are strategic advantages to being in a majority. When the Democrats were the majority party in Oklahoma leading up to the 2000s, they struggled with interests within their own party from time to time and ran the gambit of liberal to moderate to conservative ideologies. Republicans, since becoming the majority party over the last 15 years, have seen their party fracture along rural versus urban issues, for example, but now are beginning to see the once purity of their conservativism blend with new Republicans joining the party who are more moderate in their thinking.

Secondly, politics in general, particularly at the national level, have become more and more polarizing and Democrats have abandoned any conservative values they once may have had. From President Bill Clinton declaring that "the era of big government is over" to President Joe Biden passing a slew of the largest spending bills in American history, the national Democratic Party has moved to becoming only a party of the far left. Oklahoma Democrats, who do not see themselves as liberal as the national party, have slowly but surely deciding to change their party affiliation to either Republican or Independent.

This result is not that uncommon as most of the twenty years leading up to this election in 2014, saw a healthy portion of Democrats crossing over to vote Republican in statewide races. From the 1990s and through the 2014 election, Republicans were winning statewide elections without their party being the majority in party registration and had to have Democratic voters to be elected.

Now take into consideration the most recent poll. Republican Kevin Stitt is running for re-election to governor and poll results show that Stitt is getting a similar percentage to Fallin's 2014 percentage amongst Republicans, 71.3 percent, but only gaining 3.6 of Democrats while losing 17.5 percent of Republicans. This shows a significant change in just the last eight years.

This means that those conservative-leaning Oklahoma Democrats have become the moderate Republicans of today's Oklahoma Republican Party.

But, as the Oklahoma Republican Party has grown, it means that Republicans running for office cannot rely solely on just winning over conservatives within their party but need to appeal to a greater audience of Republicans that have a greater range of interests, opinions and policy concerns. It is worth noting that in this most recent poll, 18.4 percent of Republicans identify as moderate and 35.3 percent identify as 'somewhat conservative,' a combined majority within the party that is much less conservative than the Oklahoma Republican Party of the 1970s or even 2014.

Lastly, consider this: When SoonerPoll begin polling the state in 2004, roughly 55 percent self-identified as conservative, about a third as moderate and the remaining as liberal. While these numbers have risen and fallen as the political scene as changed, the profile of today's most recent poll is similar, meaning the state's ideological profile hasn't changed all that much during that time, but the voters' registration and the ideological profile of the two major parties have changed.

The political parties are changing while Oklahomans stays the same.