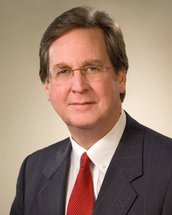 Taking action Dewey Bartlett Jr.: There are great opportunities that will come from this survey because it is truly a grassroots report.[/caption]

For the first time in the history of Tulsa city government, we conducted something every business knows is a good practice: a survey of our customers. While the services of city government are well known we've never asked our citizens their views on the performance and effectiveness of those services.

Shortly after taking office I realized that our city government was lacking in some fundamental management practices: We did not have an inventory on all the services we were providing; there were no strategic plans for the implementation of those services; we were not measuring performance, and we had never asked our customers how we were doing our jobs.

The KPMG report answered the first part by telling us that we are providing 1,500 services. In December we launched the second piece, thanks to the support from the Tulsa Community Foundation, by asking the highly acclaimed Shapard Research firm to find out what citizens think about and want from their city. More than 1,800 households all across the city were asked more than 100 questions about Tulsa.

Given that we inherited and faced some of the toughest challenges for the city, with the worst recession in our history, controversy within the police and public works departments, difficult employee and services decisions and challenges with the City Council, I was very pleased to find that 51 percent of Tulsans surveyed believe we are headed in the right direction compared to 26 percent who do not. This two-to-one margin gives me great hope that the policies
we laid down in 2010 will provide a solid foundation as we move forward.

Other survey results that are very encouraging:

The survey also revealed that Tulsans are very proud of the appearance and beauty of Tulsa. As such, they want to see more done with beautification. I intend to put more resources into code enforcement and clean-up.

They also believe strongly in economic development and, in particular, the opportunities to encourage private development along the Arkansas River. Very soon we will be issuing the first request for development proposals along the river.

Tulsans knew in 2008 it was time to get serious about fixing our streets. Two years later 50 percent are satisfied with the Fix Our Streets program. We can do better than this and we will put more emphasis into getting these important projects completed as fast as we can and increase the communications to the public on the status of project completions.

In addition to the multiple choice questions there were a number of open ended questions where respondents could speak freely on their views. In the area of public safety more than 18 pages of comments were compiled. With economic development and job creation more than 10 pages, and in ways to improve Tulsa's appearance more than eight pages of comments. This direct feedback will be invaluable in our planning and responding to what Tulsans want for their city.

There are great opportunities that will come from this survey because it is truly a grassroots report. This is what makes it so powerful and so likely to succeed. When we began to plan for this survey it started with a simple question: "If you had 15 minutes alone with the mayor, what would you want to tell him in order for Tulsa to continue to be the great city it has always been?"

We asked, you spoke, we listened. Now the action begins.