To provide greater transparency, SoonerPoll to release Call Disposition and Rate Calculation Report with every poll 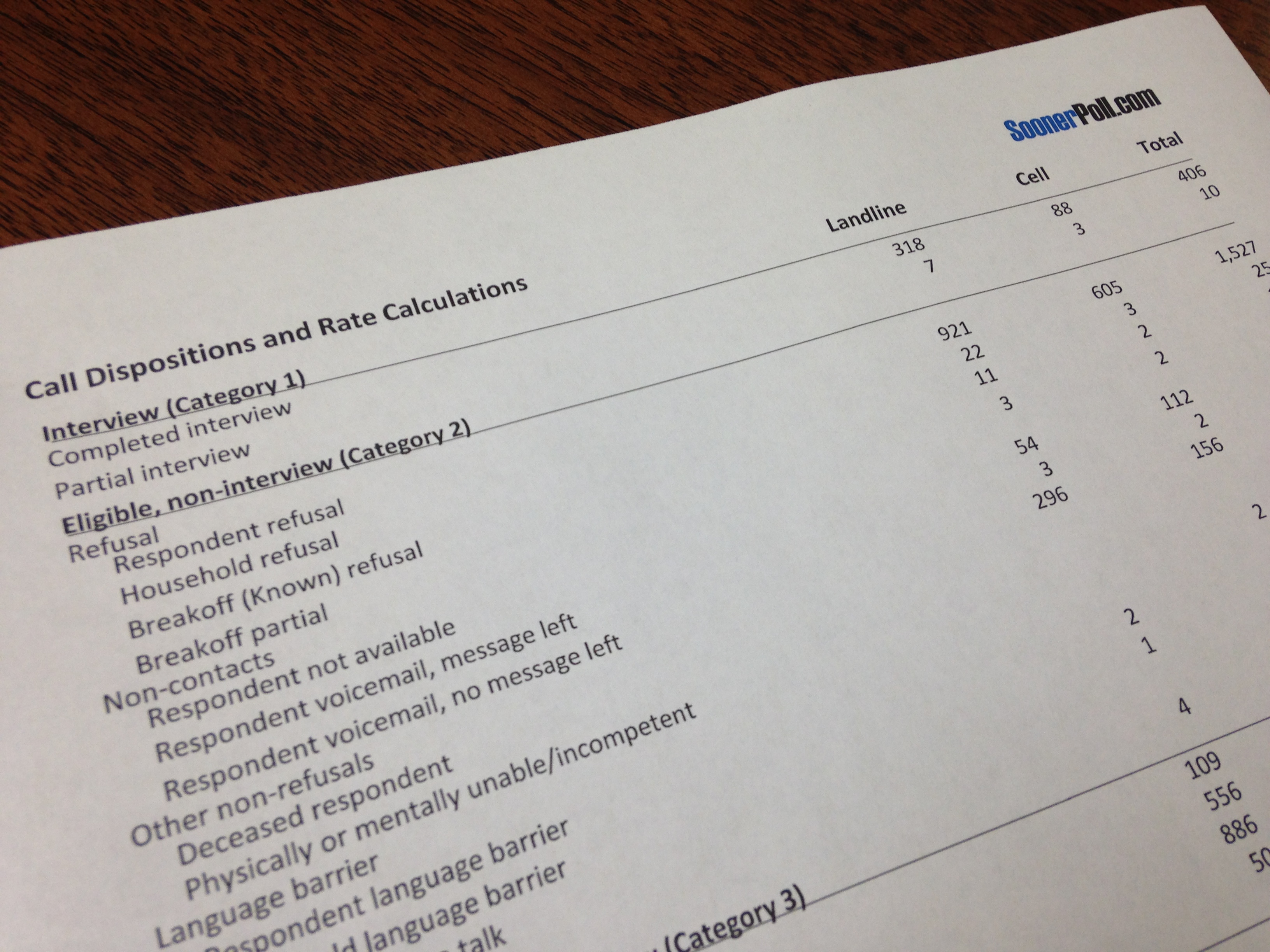 Once again, SooonerPoll.com will break new ground in providing greater transparency to the public.

Starting 2015, SoonerPoll will be releasing, with every publicly-released poll, a Call Disposition and Rate Calculation Report. As a part of a beta test, various polls released in 2013 and 2014 had a corresponding report produced.

The report will detail the aggregate disposition of the calls made during the data collection process of all landline and cell phones in the probability sample built for that particular poll. From the call disposition, a variety of rate calculations can be produced, from response to cooperation, as well the number of attempts made to the non-connects.

A complete explanation of the report and its parts can be found by clicking here.

"We have always believed that it's extremely important to provide as much transparency with our polling and data collection methods as possible," said Bill Shapard, CEO of SoonerPoll.com. "The disclosure of this information with our polls will constitute some of the greatest transparency, not only in Oklahoma, but in the polling industry in the U.S. to date."

Standardized definitions for the call disposition and rate calculations come from the American Association of Public Opinion Research (AAPOR), which has sought to assist its members with providing greater transparency of their polling methods with the public. SoonerPoll is a member of AAPOR, and an early supporter of the AAPOR's Transparency Initiative. Charter membership is currently pending.

A link to the report will be supplied at the end of most poll results releases in the "About the Poll" section of the post, typically in 1-4 days of the release.

SoonerPoll is Oklahoma's only independent, non-partisan pollster, conducting and producing more publicly released polling on the opinions of Oklahomans than all other polling firms in the state combined. Founded in 2004, SoonerPoll has been the pollster of record for the state's second largest newspaper, The Tulsa World, since 2005 and routinely performs polling for News 9 and News on 6, the state's most watched television news in both Oklahoma City and Tulsa.