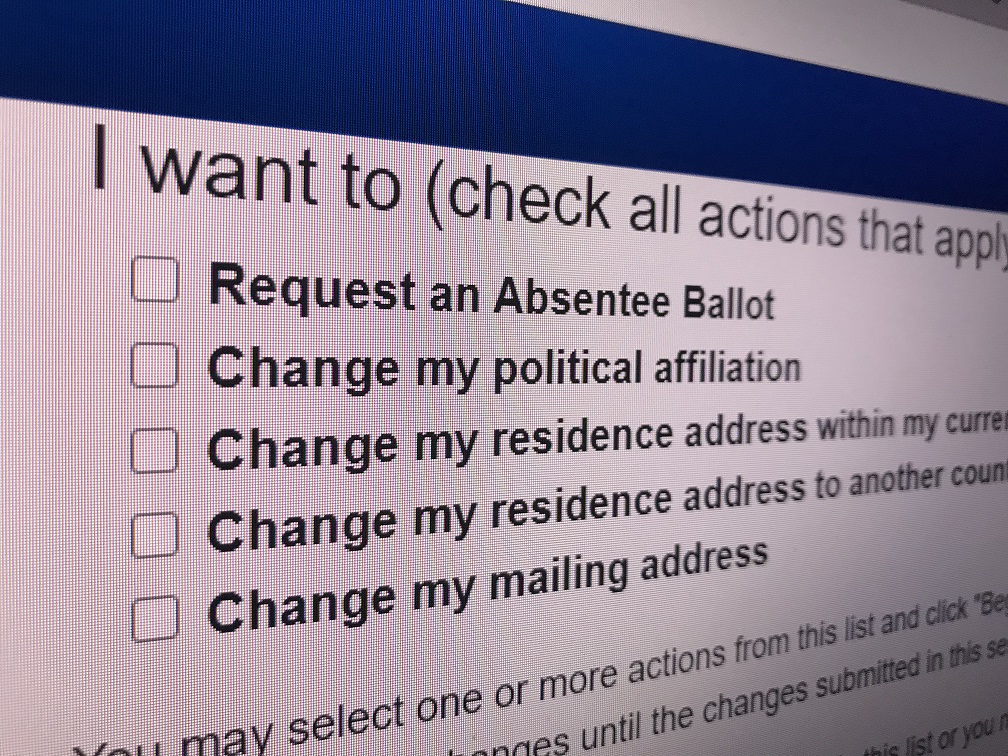 Absentee voting, by the simplest of definitions, means a voter may not be able to get to the polls on election day and therefore requests to vote "absentee." There may be a variety of reasons to vote absentee, but most are planned travel away from their regular polling place or a physical disability that would keep them from getting to their polling place.

Interestingly, absentee voting has been growing for the last THREE election cycles in the 5th Congressional District (CD5), particularly Oklahoma County. In 2018, the amount of people voting by absentee in CD5 was nearly DOUBLE the statewide average. For comparison, absentee voting in CD5 was more than DOUBLE that of CD1, a similar urban/suburban district that makes up the Tulsa metro area.

So, what is going on? It certainly is not from a sudden explosion in the number of voters with physical impairments or sudden out-of-town trips by Oklahoma County residents. Could it be the result of one party's various political organizations in the county working to manipulate the absentee voting exceptions designed to assist voters, for their own political gain?

[box] Here are the numbers: Percentage of those voting by absentee in the state versus the five congressional districts, by election year.

The numbers show a slight increase since 2014 in the congressional districts that had a race in the general election in November of that year.  All of the numbers of absentees increased for the presidential election year and then fell for a midterm election year, but the numbers really took off in CD5, more than doubling from 2014 to 2016 and remained the highest of congressional district in 2018 by as much of a 50 percent increase to more than double or near triple the others.

So where are these increases of absentees coming from in CD5? Consider this: in the 2020 primary election this past June, more than 31,000 voters voted absentee in CD5 primaries.  Democrats more than doubled Republicans in absentee votes with 21,841 to the Republicans' 10,141.  Among all votes cast in the Democratic primary for CD5, a whopping 31.1 percent of them came from absentees, where among the Republicans, it was only 14.9 percent.  This means that Democrats could go into the general election this November, possibly, with more than a 10,000 vote advantage before the polls even open on election day.

According to these numbers it would appear that Democratic political organizations in Oklahoma County have had an aggressive plan to sign up as many voters as possible to vote absentee over the past three election cycles, whether they can or can't make it to the polls on election day.

[box] Here are the numbers: Percentage of those voting absentee and in-person in CD5, by political party.

In 2018, Congresswoman Kendra Horn won a very close race in CD5 returning the district to the Democrat column for the first time in 43 years. Results show that she won by just 1.4 percent, but had in-person voting on election day determined the outcome, she would have lost by one quarter of one percent. She won by beating incumbent Republican Steve Russell in absentee votes by 6.2 percent and early voting by 13.7 percent.

Statewide, there is further evidence from the June primary as well that shows absentee balloting is having an impact on election outcomes.  State Question 814, which expanded Medicaid in Oklahoma, was overwhelmingly supported by Democrats and a plurality of Republicans opposed it in early polling. On election day, 22.3 percent of the total 'YES' vote came from absentee voting, and only 5.5 percent of the total 'NO' vote came from absentees. In fact, had in-person voting only determined the outcome of the state question, the 'YES' would have lost by nearly 50,000 votes statewide or nearly nine percent.

So, what do these absentee voters look like? Among Democrats voting in the primary election in June, 61.8 percent were women and 38.2 percent were men.  This compares to 55.4 percent of women for Republicans and 44.6 percent Republican men. The Republican profile is much similar to the profile of all voters in the primary, so there appears to be a greater push among Democrats to get women to vote more by absentee.

[box] Here are the numbers: Percentage of absentee voters of gender and age group in CD5, by political party.

Among Democrats voting absentee, 56 percent were 64 and younger, with 44 percent 65 and older.  Among Republicans, 48.5 percent were 64 and younger and 51.5 percent 65 and older. While absentee voting among Republicans was much more evenly split between the two groups, Democrats were eight points more than Republicans among the younger group. Interestingly, 73 percent of Independent who voted by absentee were under the age of 65, but keep in mind the vast majority (89.7%) of all independents in CD5 are under the age of 65.

(Some of these results and percentage may not be 100 percent accurate because not all votes can be traced back to the voters in Oklahoma County because Oklahoma and Tulsa County election boards are exempted by the state from performing this task in updating their voter histories).

It has become apparent from this analysis that Democratic groups and organizations, particularly those in Oklahoma County, see the absentee process as a political tool to 'bank' a large portion of their vote early in the election process, thereby concentrating greater resources in the remaining weeks of the election on those determined to vote in-person.

This strategy known as 'ballot collection,' as well as 'ballot harvesting,' is a growing political strategy that Democrats, particularly, have effectively used in California in 2018 in Orange County, for example, to win congressional seats long-held by Republicans.

Just this year, the Oklahoma legislature passed a new law officially defining ballot harvesting and creating new criminal penalties for these acts, although there has been a 'chain of custody' law on the books for decades. In neighboring Texas, it has been illegal to collect ballots on behalf of others since 2013. Texas state law also makes it a misdemeanor to give or receive compensation for collecting mail-in ballots in any election.

So, how is this increase of absentee voting affecting pre-election polling? Could those voting absentee not show up in polling results? Right now, voter file statistics show us that, among Democrats in CD5, 88.3 percent have a voter score that would have made them eligible to be polled by SoonerPoll using our 'likely voter modeling' based on prior voting behavior. Among Republicans in CD5, 93.4 percent would have been eligible. This indicates that, at this time, non-voting or near non-voting registered voters -- or those who would not necessarily show up in our pool of likely voters -- are a very small portion of those voting by absentee, and therefore are not adversely impacting our ability to sample among all likely voters.

This is important as that every pollster must do their best to reduce 'coverage bias,' or those who may be left out of the population of interest and selected at random, in public opinion research.

But now we have the Coronavirus Pandemic. Whether Republicans were or are now aware of Democrats working to increase absentee voting for the past two election cycles in Oklahoma County, it is now a moot issue as both parties are aggressively working to assist voters in getting absentee ballots that want one because of the pandemic.  Although the Republicans are now having to play catch-up.

Republicans saw in the primary election in June thousands of likely primary voters stay home and not vote largely because of the pandemic. It remains to be seen if Republicans can equalize the current Democratic advantage in just one election cycle, therefore in polling CD5, SoonerPoll has weighted the results of Democrat voters HIGHER given the current vote turnout advantage.

The concern for polling is, 'will the push to move more and more voters to absentee ballots include voters who, while they may be registered, do not have a traditional voting pattern that would identify them as a likely voter?' If so, the universe of likely voters would expand and may not be taken into account when pollsters are building their probability sample.

SoonerPoll is doing everything it can to monitor the absentee activity and adjust our turnout models accordingly.

In conclusion, encouraging voters to vote absentee, regardless of their ability to vote in-person on election day, is not illegal, but we must ask ourselves, 'is the absentee voting exception designed to assist voters or political parties?'