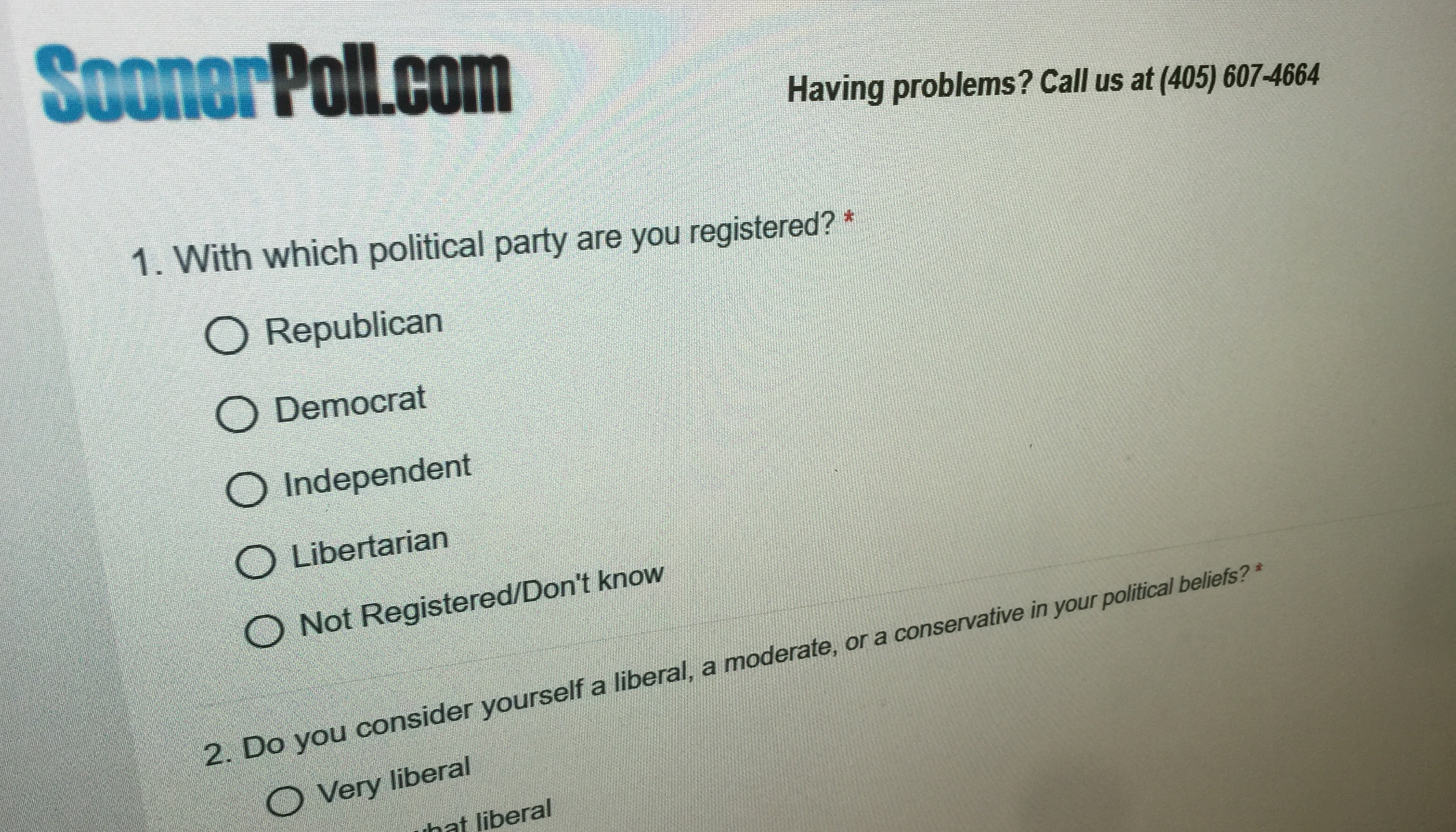 For the better part of the last year, SoonerPoll has been including an online panel of voters with the more traditional dual frame of landline and cell phones when performing statewide likely voters studies, and the results, thus far, are very promising.

As the population has moved more and more to cellphones and then further online, every pollster must continue to re-examine their methodologies in order to reduce their coverage bias, or the amount of the population of interest that can no longer be reached with current data collection methods.

Cross-tabulated results of the three samples over the last year show that the online panel reaches some hard-to-reach subsets better than traditional live interviews over the phone, and provides greater depth to the subsets when broken down by other demographical categories.

On hard-to-reach subsets such as younger voters, households with higher incomes, or those with higher levels of education or employed full time, the online panel has brought more robust results to the standard dual frame.

Participants who are younger -- while still a small portion of the overall likely voting population -- are becoming easier to find through an online panel of voters. In the last SoonerPoll Quarterly Poll, more than 73 percent of those under the age of 44, came into the sample through the online panel. These participants are more likely to be employed full-time than the sample overall and more likely to have higher incomes, yet mirror the rest of the sample in other demographics such as political party, sex, or political ideology.

SoonerPoll's fielding process to landline and cell phones is conducted over multiple days and multiple day parts with an average of three attempts or more to the non-connects on those multiple days and day parts. Still, the online panel is finding younger voters who are working full-time jobs better than traditional live interviews, either by landline or cell phone.

The overall results show that while traditional live interviews still reaches all ages, the online panel provides greater reach with a more varying level of education and income within each of the age categories.

Most importantly, the online panel's overall demographical profile is NOT radically different than the rest of the overall sample, meaning the online panel is not dominated by those of one political party or ideology, for example.

Careful examination of the individual poll results broken down by the source of the sample (landline, cellphone, or online panel) also has shown that the aggregate opinions of the online panel do not vary much from those of the landline or cell phone samples.

It should be noted that the online panel participant still has to be screened for their likeliness to vote using a standard screening method used by the Gallup Poll, and the same one used for SoonerPoll's cellphone samples.

SoonerPoll remains committed to a continual evaluation of our likely voter methodology and exploring new and emerging methods in an effort to reduce coverage bias and produce the best and more accurate polling in the state of Oklahoma.