Oklahomans losing faith in Obama's handling of the economy 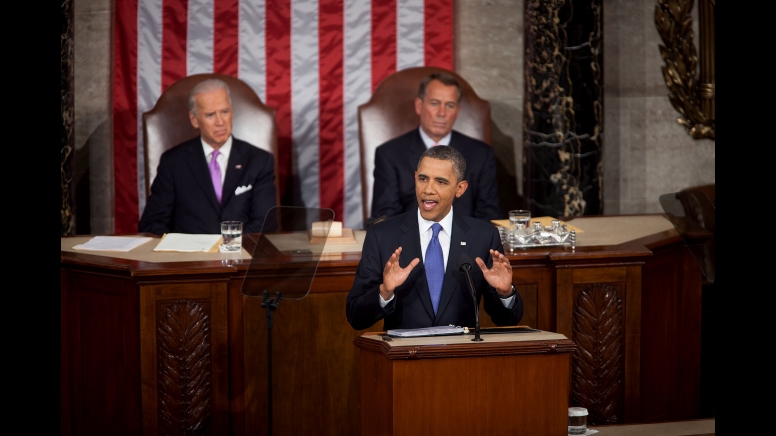 Oklahoma was showing signs of recovery in March of this year before slipping back into the red after a slow April, the month the poll was conducted.

�We have to recall that the first clear signs of recession were not perceived in Oklahoma until after the election," Keith Gaddie, Vice President of� SoonerPoll, said. "Obama did not start out with strong marks, just by virtue of politics, but as Oklahoma comes to feel the full force of the recession that began in 2008, the president is paying a price.�

SoonerPoll.com, Oklahoma�s public opinion pollster, commissioned and conducted the study that used live interviewers by telephone of 500 likely voters from April 5 � 15, 2010. The study has a margin of error of � 4.38 percent.

Last year's poll came at the end of Obama's first 100 days in office and only four months after Oklahoma first fell short of budget expectations.� Budget shortfalls are evidence of economic woes as they often indicate that less is collected from income and sales taxes alike.

Though Oklahoma exceeded budgeting expectations in the month of March, the month of April found Oklahoma missing the budget by 5 percent.

�At the beginning of any presidency, there's always hope," Gaddie noted. "The drop in approval is a reasonable reaction. Last April, Oklahomans were willing to give Obama the benefit of the doubt, but after a year and a half of local budget crisis, increased national deficit spending, and continued unemployment, people will become skeptical.�

Nationally, the� Dow Jones Industrial Average has fallen 950 points and since completion of the poll on April 15, just last Friday the Dow hit a low that has not been seen since February of this year.