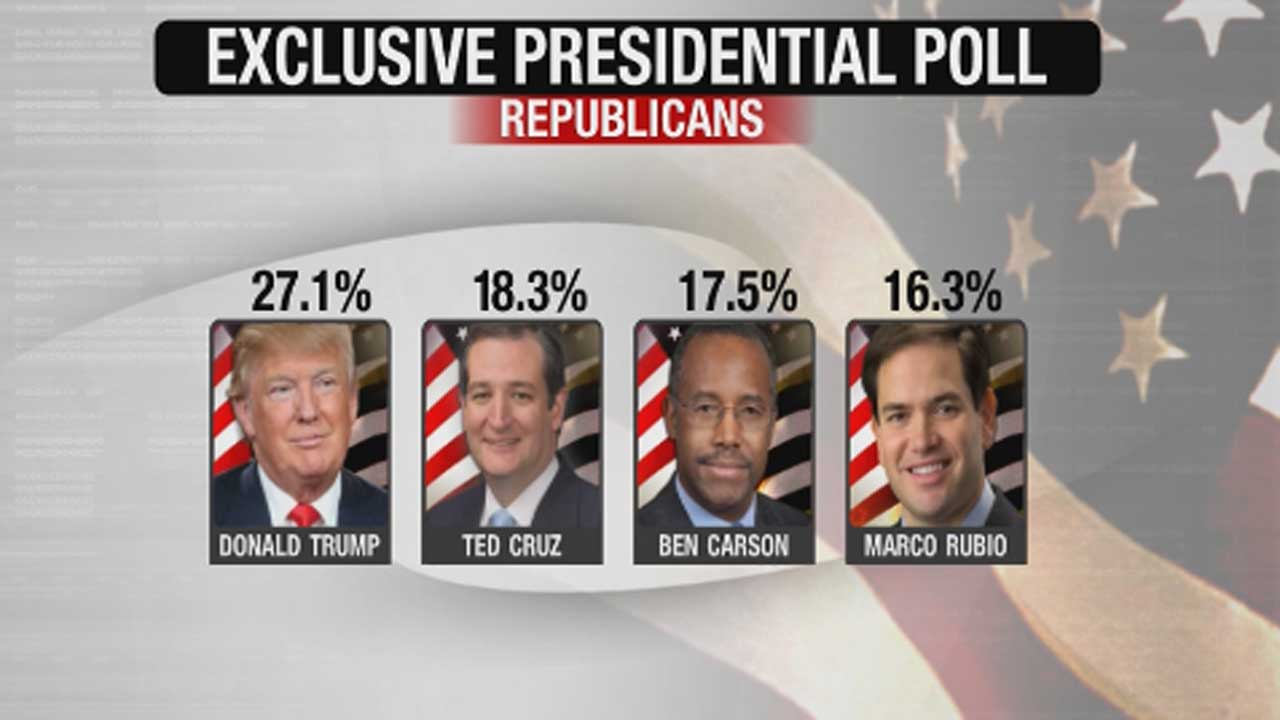 Donald Trump and Hillary Clinton remain the top choices for president among Oklahoma voters, according to an exclusive News 9/News On 6 poll.

If Oklahoma's March 1 primary elections were held today, 27.1 percent of state Republicans say they would vote for Trump. Clinton controls nearly half of the Democrat primary vote, 46.6 percent, according to the poll.

Trump, who has remained the national GOP front-runner, leads Ted Cruz (18.3 percent), Ben Carson (17.5 percent) and Marco Rubio (16.3 percent) in the state. The rest of the Republican field -- Mike Huckabee, Carly Fiorina, Jeb Bush, Rand Paul and John Kasich -- are all in the single digits. Nearly seven percent are undecided and 2.5 percent prefer someone else.