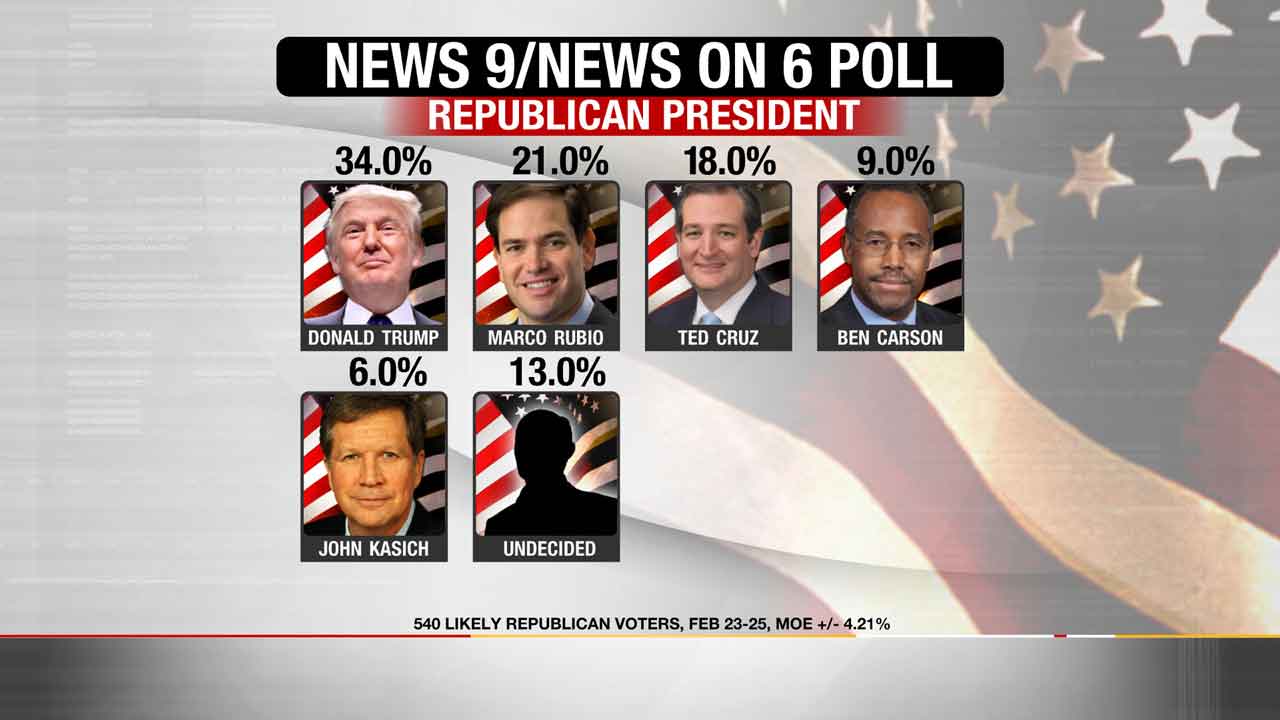 Trump leads with 34 percent, but there's been a shakeup in second place, according to our tracking poll.

Rubio, at 21 percent, has rallied 10 points since January to pass Cruz, who has 18 percent.