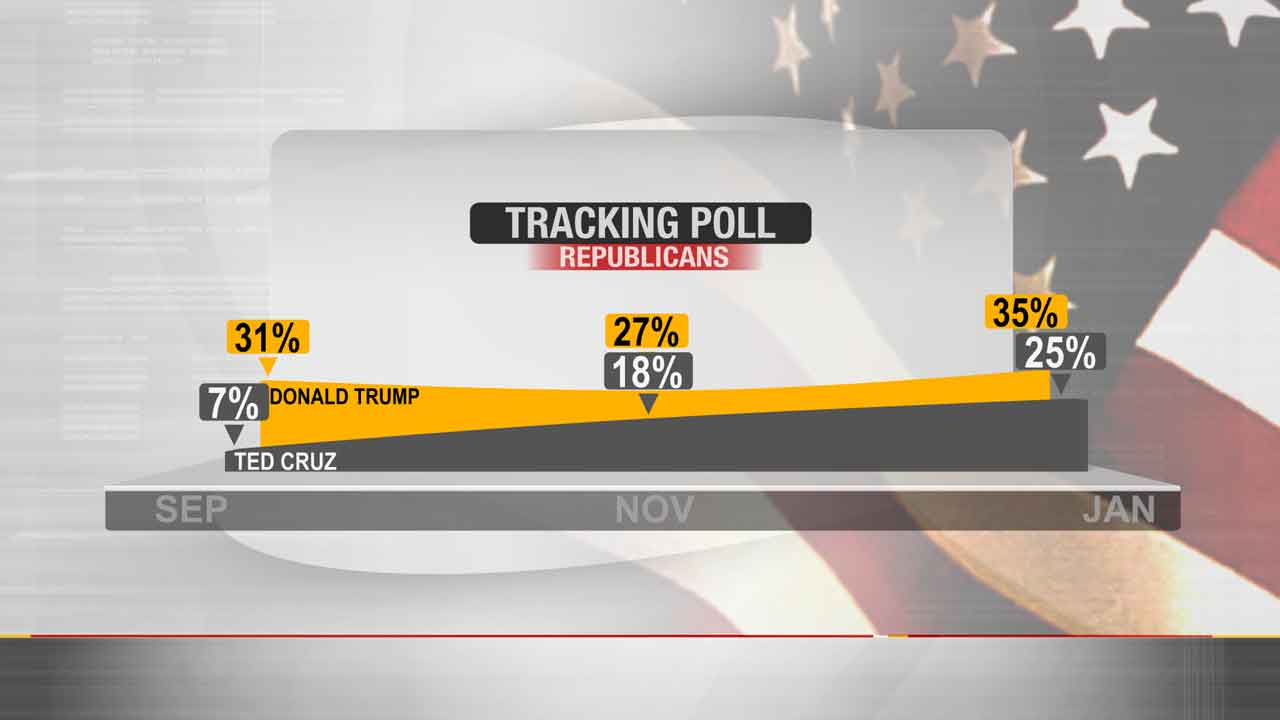 Donald Trump remains the GOP front-runner in Oklahoma, but it now appears to be a two-way race in our state’s Republican primary, according to an exclusive News 9/News On 6 poll.

Trump, with 35 percent of the likely vote, leads a surging Ted Cruz, who received 25 percent in the poll. Cruz had 7 percent in September.

Two other prominent GOP candidates have lost support since November.

Ben Carson’s support fell 10 points since November to eight percent in January. Marco Rubio fell eight points and is currently at 10 percent, according to the tracking polls.