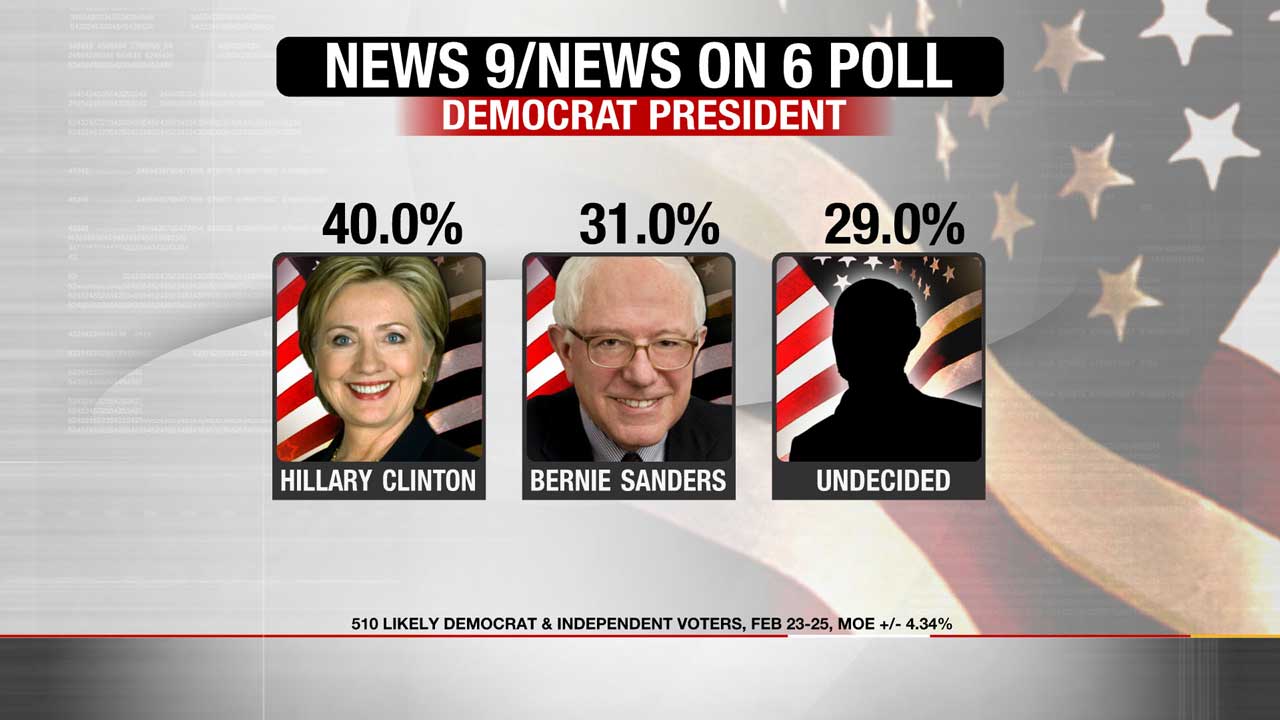 Hillary Clinton remains the Democratic front-runner heading into Oklahoma's primary election, according to a News 9/News On 6 poll.

Bernie Sanders has overcome a 35-point deficit since November, but still trails Clinton by nine points as of last week.

In the latest poll, Clinton leads with 40 percent, Sanders has 31 percent. However, 29 percent of voters say they’re still undecided, according to the poll.

“This race is being driven a lot by the undecided, conservative Democrats who don’t feel like they have any candidate in this race,” pollster Bill Shapard said.