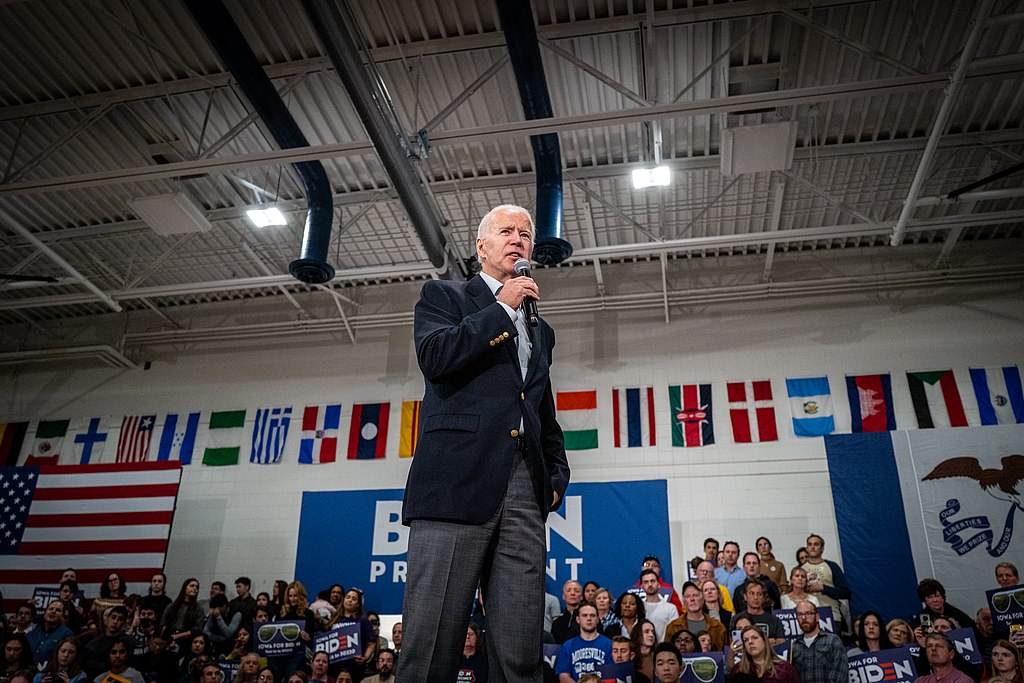 Former Vice President Joe Biden leads the pack ever so slightly in a run-up to the Democratic Presidential Primary set for March 3rd, although the polls are seeing primary voters changing their minds almost on a daily basis.

Mike Bloomberg led in a poll conducted in Oklahoma by another pollster, but that poll was conducted before his disastrous debate performance in Nevada and a couple of bad press days after racists and sexists remarks from the past surfaced.

Interestingly, Bernie Sanders, who won the state of Oklahoma during the 2016 Democratic Presidential Primary, is trailing in a distant third place, possibly revealing even more evidence that Oklahoma Democrats voted for Sanders in 2016 -- not because of his more socialists views -- but because he was the only other choice to Hillary Clinton.

Here are a few things to consider about the Democratic electorate in Oklahoma: 41 percent identify as moderate, 37.9 percent as liberal and 21.1 percent as conservative; nearly one-in-four Democrats identify as pro-life; and, nearly one-in-four lives in the very rural 2nd congressional district known as "Little Dixie," with 44.2 percent living in the much more urban 1st and 5th congressional districts of Tulsa and Oklahoma City.

[box][QUESTION] On March 3rd, Oklahoma voters will cast votes for president. If the election were TODAY and you were standing in the voting booth RIGHT NOW and had to make a choice, for whom would you vote?

These poll results, however, are measuring a race in complete flux. Forty-three percent of Democratic primary voters reported they might or probably will change their mind before the March 3rd election.

Few candidates come to Oklahoma, a small red state on Super Tuesday, whose Democrat electorate does not look like the national Democrat profile of more liberal and far-left voters. Additionally, little money is spent here by the presidential candidates, making Oklahoma Democrats almost solely dependent on making their vote choice from seeing television ads, watching the debates or television coverage.

[box][QUESTION] How certain are you about this vote choice?

Another interesting poll result, further demonstrating the volatility of the poll results, shows Oklahoma Democratic likely voters have changed their vote choice multiple times, with 54.1 percent having supported two or more candidates since the race began.

[box][QUESTION] Since the Democratic presidential race began in 2019, how many times would you say you have changed your primary vote choice, including those that have dropped out of the race?

As mentioned before, Bernie Sanders was the lead vote choice among liberal voters, but trailed in the single digits among moderate and conservative voters that, together make up 62.1 percent of Democrat electorate.

It has been reported that some Democratic insiders fear that, with Bernie Sanders as the nominee, some Democratic voters will not support him in November against Trump given his far-left socialist views, and these Oklahoma poll results seem to support that conclusion with Democrats losing in upwards of 28 percent of their base in Oklahoma if Sanders is the nominee.

[box][QUESTION] If the eventual Democratic nominee is BERNIE SANDERS, a self-described Democratic Socialist, what will you probably do?

However, Sanders supporters are very loyal to Bernie Sanders, many believing he was robbed of the nomination in 2016 by Hillary Clinton and the national party. Additional poll results also indicate that Oklahoma Sanders supporters may also vote for Trump or stay at home if Sanders is not the nominee this year, furthering speculation that Trump could be reelected from a divided Democrat electorate in November.

[box][QUESTION] If the eventual Democratic nominee is someone OTHER THAN Bernie Sanders, what will you probably do?

Bloomberg was the lead vote choice among those in the 1st congressional district, which is pre-dominantly the city of Tulsa and it's surrounding suburbs.

Interestingly, Elizabeth Warren was the ever-slight leader in vote choice of those in the 5th congressional district, which is Oklahoma City and its surrounding suburbs. Warren graduated from high school in Oklahoma City, however her Oklahoma roots seem to have failed to sway more Oklahoma voters her way.

Biden led by a considerable amount among the more rural Democratic voters of "Little Dixie." This 2nd congressional district was also the one to be the most undecided than the other four districts at 25 percent.

It is also worth noting that nearly half, 43.7 percent, of conservative Democrats were undecided, further demonstrating the movement of the national Democratic Party and the presidential candidates toward more far-left or socialist ideas is further alienating conservative voters.

SoonerPoll.com, Oklahoma’s public opinion pollster, asked these questions of Oklahoma likely voters who would be voting in the Democratic Presidential Primary. The poll was commissioned by News9 and Newson6 in Tulsa.

The scientific study was conducted from February 17-21, 2020 with 409 likely Democratic Oklahoma voters selected at random statewide from a tri-frame of both landline telephone and cell phones, plus SoonerPoll's proprietary online panel. Cell phones were hand dialed by live interviewers, and landline responses were collected using an Interactive Voice Response (IVR) system.

The sample was weighted by age, political party, gender, and congressional district in order to reflect the Democratic electorate from the 2016 Democratic Presidential Primary. The weighting was conducted using a 'layered technique.' The study has a Margin of Error (MoE) of ± 4.84 percent.