What do Oklahomans say about the Tea Party? 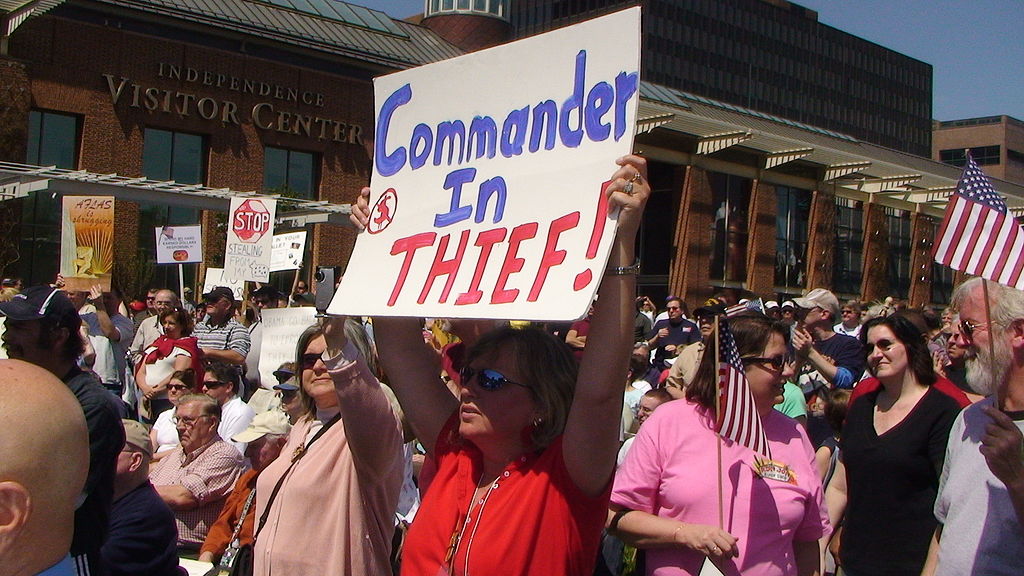 SoonerPoll added a question to the most recent Quarterly Poll that is designed to gain an understanding of why likely Oklahoma voters feel the way they do about the recent political movement known as the Tea Party.

We asked likely Oklahoma voters "What one word best describes your impression of the Tea Party?"

To illustrate these results, all of the responses were entered into a program called Wordle, which creates a �word cloud� that gives frequent responses greater prominence.

What did Oklahoman's say about Sen. Tom Coburn? Find out by examining his word cloud.

"In this particular word cloud, the proportion of positive and negative words used to describe the Tea Party closely correlates with past approval numbers for the movement,' Shapard said "The descriptive responses in the word cloud give us a visual insight into why Oklahoman 's feel the way they do."

SoonerPoll.com, Oklahoma�s public opinion pollster, commissioned both polls used in the story.�� SoonerPoll.com conducted the word cloud poll between July 25 and Aug. 11. � Likely Oklahoma voters were selected at random and given the opportunity to participate in the poll by phone or online. Of the 587 respondents who participated, 17 took the survey online and 570 responded via telephone interview. The margin of error is plus or minus 4.04 percentage points.

SoonerPoll.com conducted the Tea Party approval study using live interviewers by telephone of 509 likely voters from May 2 � 12. The study has a margin of error of � 4.34 percent.