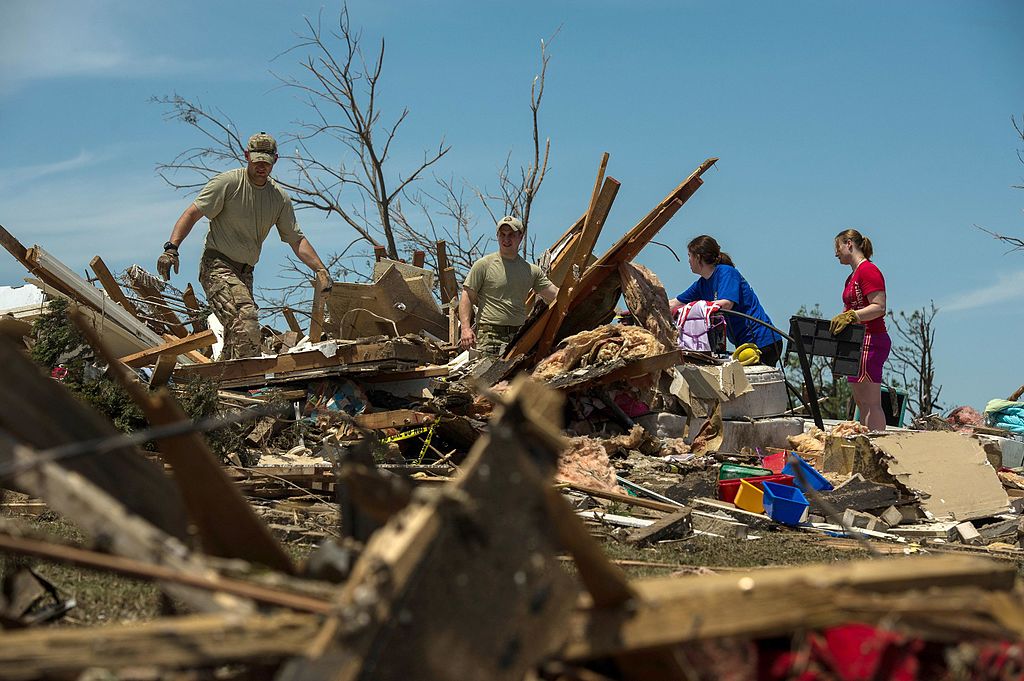 More than three in four Oklahoma voters support the idea of requiring all primary schools to have tornado shelters and providing taxpayer-funded rebates to people who install shelters in their homes.

But a solid majority does not think builders should be required to add tornado shelters to all new homes, according to a newly-released survey by SoonerPoll.com.

The telephone survey of 402 likely voters suggests that taxpayers may be willing to pick up at least part of the tab for providing more security for schoolchildren and home dwellers in the wake of last month’s deadly tornadoes.

While Oklahomans appear wary of a government directive that could add to the cost of new homes, the survey shows substantial support for a state mandate to protect younger students who can’t be released from school to go home during a storm.

So far, Oklahoma leaders have been reluctant to embrace the idea of state-mandated school or home shelters. Gov. Mary Fallin ruled out a mandate in an interview with KFOR-TV earlier this month, citing the high cost of adding safe rooms to all schools.

But state Emergency Management Director Albert Ashwood told Oklahoma Watch that Fallin and other officials were receptive to the idea of designing a voluntary program that would pool enough local, state, federal and private funds to install shelters in all schools.

In the view of some SoonerPoll participants, the state needs to do something.

“In my opinion, the weather’s just going to get worse,” said Mona Nelson, 48, of Norman. “If the goal is to protect lives, everyone’s going to need a place to go … We’re going to have to come up with some solution and some way to help finance the cost of getting us all a place to be safe.”

SoonerPoll.com conducted the random-sample, scientific survey from May 22 through June 12, using live telephone interviewers. Of the 402 respondents who participated, 108 were contacted by cell phone and 295 by land line. The combined results have been weighted to adjust for variation in the sample relating to age, sex and political party. The margin of error is plus or minus 4.9 percentage points. For smaller subgroups, the margin of sampling error is larger. Some respondents were interviewed this week by Oklahoma Watch, a nonprofit investigative team established to report on public policy issues in Oklahoma.