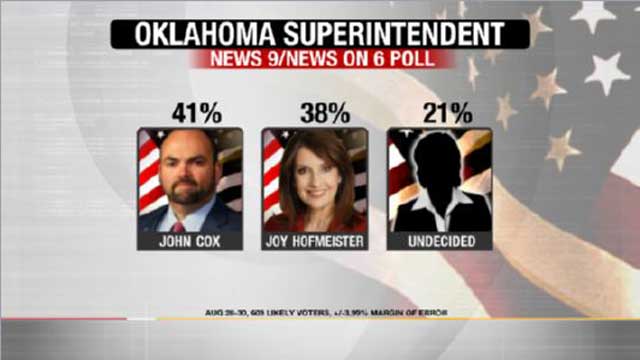 OKLAHOMA CITY -Republican Joy Hofmeister and Democrat John Cox are in a dead heat in the state superintendent race.

The tie in the first statewide voter poll means more for Cox since he is neck-and-neck with the Republican candidate in a Republican state.

“If we are at a dead heat right now, it just means that I have to work harder and so it encourages me to know that our hard work has paid off, but we have more work to do,” Cox said.

Hofmeister said she was not bothered by it.

“I'm not surprised," said Hofmeister. "We knew this would be a very competitive race, and it was going to be a difficult race to begin with. I was challenging a member of my own party.”