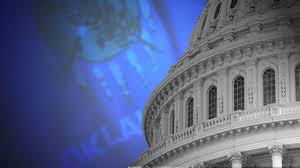 A majority of likely Oklahoma voters support removing the law that allows state employees the option of having their public employee association dues, formerly known as union dues, withheld from their paycheck, according to a recent SoonerPoll.com study.

In 2001, voters passed Right-to-Work in Oklahoma, which says that an employee has a right to work for a company or a state or local government without having to join a union. Its passage not only made union membership voluntary, but also changed the existing state’s public employee unions, by definition, to that of employee associations.

“Voters may see the state collecting employee association dues as a remnant of the old system when union membership and the paying of union dues were mandatory,” said Bill Shapard, CEO of SoonerPoll.com. “Because it is now voluntary and has been since 2001, voters may view association dues as any other voluntary or personal expense of the employee and thinking it should be treated as such.”

Voluntary payroll deductions for professional organizations in Oklahoma dates back to a 1977 Extraordinary Session of the 36th Oklahoma Legislature. During that session, legislation that provided school district employees the option of having both professional organization dues and political contributions deducted from their paycheck was ratified.

In 1984, the legislature extended voluntary payroll deductions for professional organization dues to the membership of the Oklahoma Public Employees Association.

“Many of the associations benefiting from state payroll deductions have lobbyists and PAC's,” Costello said. “Right now, the partisan political activities of some employees are being subsidized by all employees who have state insurance or retirement plans, and ending payroll deductions for employee associations will remove politics from the paychecks of government workers."

The study did find that division grows when results are broken down by political label. Crosstab data indicates that 60.8 percent of conservative respondents support removing the deductions compared to just 40.7 percent of liberal respondents.