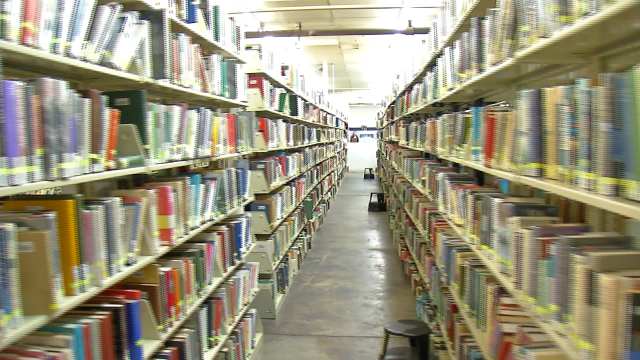 An overwhelming 89.5% of Oklahoma likely voters believe library services are important to their communities and a nearly equal number (87.5%) felt that they and their family members, or others that they know of, get good value from their local library, according to SoonerPoll's Quarterly Poll.

Oklahoma Libraries, which provide a wide array of employment, health and lifelong learning services for people of all ages across the state, have seen severe funding cuts in recent years.

From 2009 to 2016, appropriations to the Oklahoma Department of Libraries were cut a full third of its overall budget. Now, librarians across the state say any additional cuts will eliminate their ability to operate all together.

"Regardless of a person's educational choices -- public school, private school, home school, or other -- libraries support all students, teachers, instructors, and parents," said Tim Rogers of the Oklahoma Library Association. "Additional cuts to libraries will have a negative effect on our ability to provide education to Oklahomans in all of its forms."

Meanwhile, a strong majority (84%) of Oklahoma likely voters believe the state should continue its portion of funding for libraries, since the state benefits from library services, including serving as a citizens’ portal of access to the state government.

"Oklahoma likely voters have very strong views about preserving the state's libraries," said Bill Shapard, founder of SoonerPoll, "and legislators need to be aware of these strong views as they make funding decisions this legislative session."

Current resources provided by the state's libraries include education and summer reading programs for children, and for adults, job procurement, entrepreneurship, Internet and computer training, and a citizen portal for connecting with their government.

“The continuous cuts are now becoming apparent to patrons, as we have to cut viable, usable services and materials, now both in the areas of materials and technology," said Sharon Beach, director of the Will Rogers Library in Claremore.

Further poll results revealed very strong support among every age group, and every income level, and among Republicans, Democrats, and Independents. Conservatives, moderates and liberals alike all overwhelmingly supported the continued funding of libraries in the state.

Ninety percent consider libraries to be important in learning throughout life.

SoonerPoll.com, Oklahoma’s public opinion pollster, asked these questions of Oklahoma likely voters as part of the SoonerPoll Quarterly Poll, and were commissioned by the Oklahoma Library Association.

The scientific study was conducted from December 1-9, 2015 with 403 likely Oklahoma voters selected at random statewide from a dual frame of both landline telephone and cell phones. The sample was weighted by age, congressional district and gender in order to reflect the Oklahoma likely voter population for a general election.