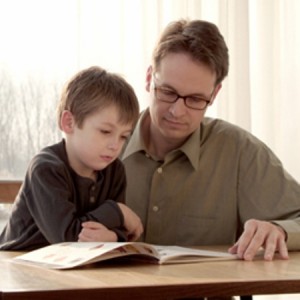 SB 969, which provides an income tax credit for those who make donations to scholarship granting organizations, cleared the Senate Education Committee Monday morning.� A recent SoonerPoll asked respondents whether they favor or oppose a tax credit scholarship system and found strong support.

Just less than half, 48 percent, of those polled indicated they favor the tax credit system, while only 28.5 percent oppose and 23.4 percent had no opinion.

Support for the tax credit system has increased 1.5 percentage points since SoonerPoll polled the question in November.�� The exact wording of the question is as follows:� �Some states give tax credits to individuals and businesses if they contribute money to nonprofit organizations that distribute private school scholarships. This policy supports a �tax-credit scholarship system.� In general, do you favor or oppose a tax-credit scholarship system?�

�This result is encouraging, though not really surprising,� Brandon Dutcher, vice president for policy at OCPA, said. �The November election results�most notably the state superintendent�s race and State Question 744�seemed to signal that the voters are tired of the status quo and are interested in real reform.�

SoonerPoll.com, Oklahoma�s public opinion pollster, was commissioned for this poll by the Oklahoma Council of Public Affairs.� SoonerPoll.com conducted the scientific study using live interviewers by telephone of 508 likely voters from Jan. 24 � Feb. 3. The study has a margin of error of � 4.35 percent.

The bill, which is also known as the Oklahoma Equal Opportunity Education Scholarship Act, cleared the Senate Education Committee with a vote of 11-4, Sen. Judy Eason-McIntyre was the only Democrat to vote in favor of the bill.

Though the bill has created divisions along party and ideological lines in the Capitol, there is little political division among respondents.� When results are broken down by party, 50.4 percent of Republicans favor the bill compared to 45.1 percent of Democrats, at least a plurality in both cases.

Similarly, those who consider themselves conservative showed the highest level of support with 49.6 percent of respondents indicating that they favor the tax credit system.� The difference in support between conservatives and liberals is within margin of error, as 46.8 percent of liberals also favor the bill.

�Sen. Eason-McIntyre stands in a long line of Democrats�from George McGovern to Daniel Patrick Moynihan to Martin Luther King III�who support school-choice tax credits,� Dutcher said. �As a former social worker and longtime Tulsa Public Schools board member, she knows firsthand that there are kids who need a life preserver, and she was courageous enough to buck the unions and vote for the kids.�

A plurality of respondents living in both Tulsa and Oklahoma City answered in favor of the system, with 45 and 43.2 percent respectively.� Interestingly, those living in the rest of the state showed slightly higher support for the system 46.6 percent of respondents in favor.

�The desire for more options isn�t limited to the metro areas,� Dutcher said. �The recent Waiting for �Superman� movie made clear that even America�s suburban and rural schools aren�t as good as you think. Oklahoma parents know what they know, and they�re voicing their desire for more choices.�