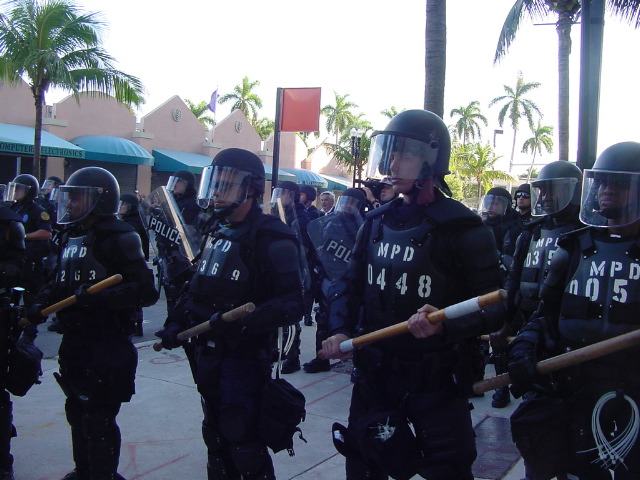 Nationwide, law enforcement has been under attack. From the death of Michael Brown in Ferguson, Missouri to Freddie Gray in Baltimore, many have questioned the police and their ability to protect and serve their communities.

In Oklahoma from the lastest SoonerPoll, an overwhelming 81 percent of likely voters viewed this local police or sheriff's department as favorable, with 55 percent rating them as "very favorable." Only 15 percent rated their local law enforcement unfavorably.

Voters were also asked to evaluate their local law enforcement from excellent to poor in four distinct attributes: protecting people from crime, using the right amount of force for each situation, treating racial and ethnic groups equally, and holding officers accountable when misconduct occurs.

In "protecting people from crime," for example, 30 percent rated the police as excellent, 42 percent as good, 22 percent as fair and only 5 percent as poor. Republicans were more likely by 6 points to rate the police as excellent than Democrats or Independents. Liberals were less likely to evaluate their local police or sheriff's department as excellent (25% compared to 34% for very conservatives), but only slightly more likely to rate as poor (6 percent compared to 4% for very conservatives). No statistical differences were observed among voters in various parts of the state, age groups, or income and education subsets.

[box] I'm going to read to you several law enforcement attributes. For each one, please tell me how you would evaluate the local police or sheriff's department in your area.

Oklahoma is not without its own tragic cases. In April of this year, Eric Harris was killed during an undercover weapons sting operation by the Tulsa County sheriff's office when a reserve deputy pulled his revolver rather than his taser.

When voters were asked to evaluate the police on "using the right amount of force for each situation," 30 percent rated them as excellent and another 44 percent as good. Only 9 percent believed their local police were doing a poor job.

These results in Oklahoma run contrary to a national poll conducted in August 2014, that found Americans by 2-to-1 say police departments nationwide don't do a good job in holding officers accountable for misconduct, treating racial groups equally and using the right amount of force. It should be noted that these national results polled the general public at the peak of the Michael Brown controversy in Ferguson, and the SoonerPoll is from a population of likely voters.

With regard to "treating racial and ethnic groups equally," likely voters believed their local police or sheriff's office was doing a good job, with 31 percent rating them as excellent and 41 percent as good. Thirty-eight (38) percent of African-American voters rated their police as poor, but one-in-five (19.3%) rated them as excellent and a plurality (42%) rated them as good. It should be noted that the sample size is small for African-Americans who only comprise about 8 percent of the electorate in Oklahoma, and the margin of error for this subset is extremely high.

When asked to evaluate law enforcement on "holding officers accountable when misconduct occurs," voters were only slightly less likely to give high marks. Thirty-four (34) percent rated them as excellent and 37 percent as good, which was the lowest rating of the four attributes tested although not by much. Again, Republicans were slightly more likely to give an excellent rating than Democrats, 38 percent to 34 percent respectively.

Next week, Governor Fallin is spearheading a "Back the Blue" rally at the state capitol to offer support and thanks to law enforcement agencies and officers in the state.