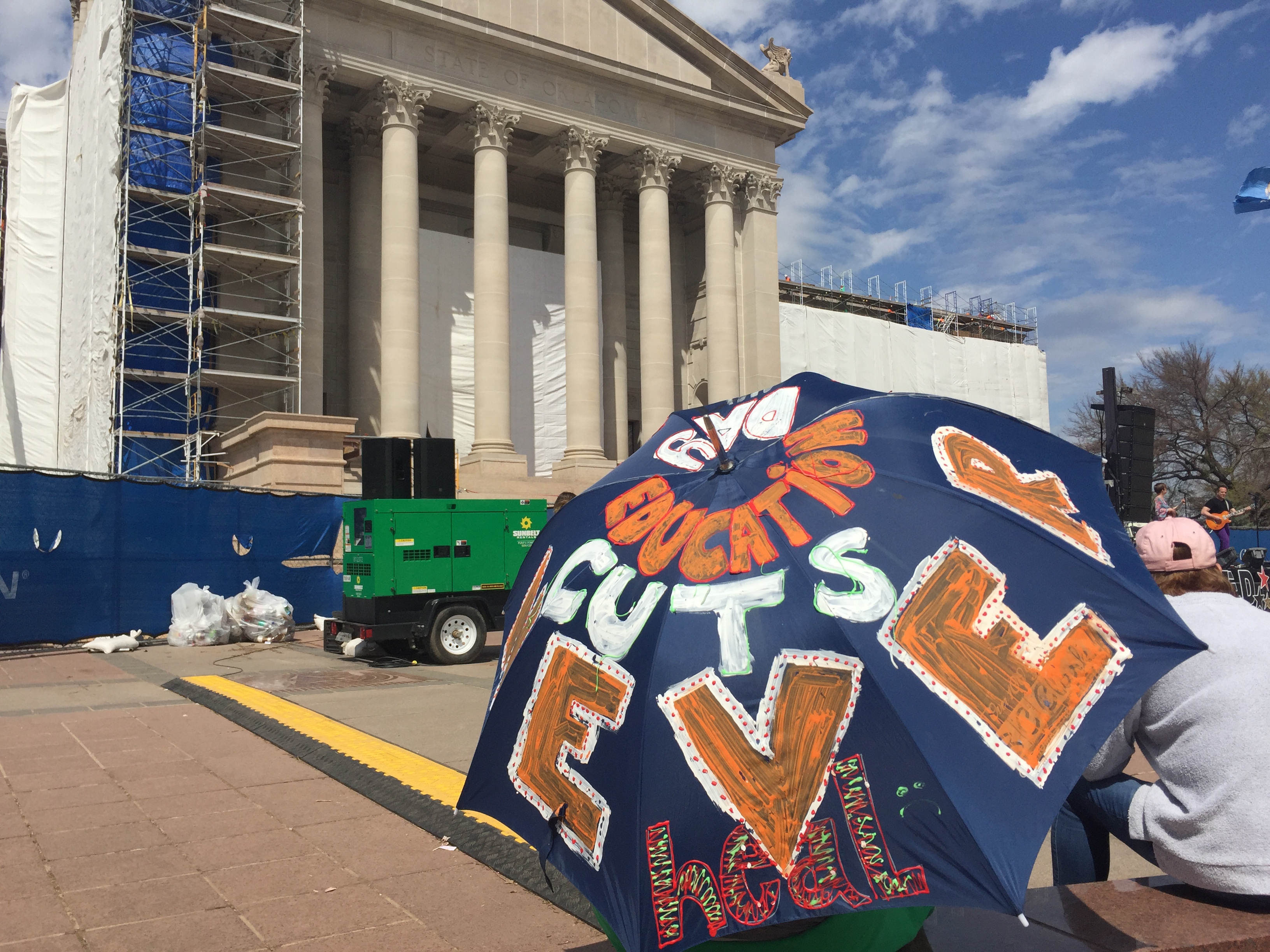 In an exclusive poll for News9 and Newson6, 72 percent of likely voters continue to support the teacher walkout despite them receiving a $6100 increase in pay from legislation last week signed by the governor.

"What we're seeing here is a run-away freight train of public opinion that will take more than a week to slow down," said Bill Shapard, CEO of SoonerPoll.com.

[box][QUESTION] Last week, the governor signed legislation that gave Oklahoma's public school teachers a $6100 increase in pay yet teachers are continuing their walkout. Do you SUPPORT or OPPOSE the teachers' walkout until all of their demands are met?

Sixty-five percent of Independents strongly supported the walkout as well.

"The tax increases passed to pay for teacher pay increase have not hit taxpayers' pocketbooks yet and it will be a while before they do," said Shapard. "Meanwhile, this freight train has been ten years in the making."

Support or opposition was also tested on former U.S. Senator Tom Coburn's new group that wants to place on the statewide ballot a state question to repeal the increased taxes which is funding the teacher pay increase. Only 39.2 percent supported the repeal and 48.4 percent opposed it.

[box][QUESTION] Former U.S. Senator Tom Coburn is leading a group that wants to place on the statewide ballot a state question to repeal the increased taxes which were a part of a bill that gave Oklahoma's teachers a $6100 pay increase. Do you SUPPORT or OPPOSE this state question?

Republicans were more likely to support the state question on the tax repeal than Democrats or Independents, but only 43.5 percent supported it and 42.2 percent opposed it.

Likely voters were also asked about the new average teacher pay now that the $6100 increased was signed by the governor.

[box][QUESTION] Before the teacher pay raise, Oklahoma ranked 48th in average teacher pay before being adjusted for cost of living. With the $6100 pay increase that was signed last week by the governor, Oklahoma's public school teachers now average $51,376, ranking them now 28th in the nation in pay and 11th in the nation after being adjusted for cost of living. Do you believe the new average pay is TOO MUCH, TOO LITTLE or JUST THE RIGHT AMOUNT?

Republicans were more likely to say that the new average pay was just the right amount, but 30.2 percent believed it was still too low.

The scientific study was conducted April 4-5, 2018 with 1033 likely Oklahoma voters selected at random statewide from a dual frame of SoonerPoll's online panel and landline telephones which were conducted using IVR (Interactive Voice Response) technology. The sample was weighted by age, gender, political party and congressional district in order to reflect the Oklahoma likely voter population for a general election.

The sample reflects the traditional demographical profile of the Oklahoma likely voter with roughly half of respondents identifying as conservative. The study has a Margin of Error (MoE) of ± 3.05 percent.