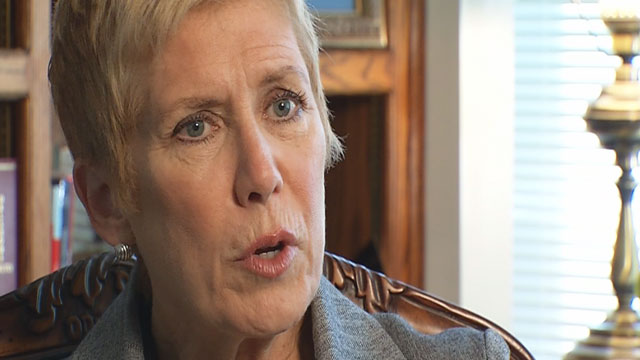 OKLAHOMA CITY - State Superintendent Janet Barresi is in a close race with fellow Republican challengers Joy Hofmeister and Brian Kelly, according to a News 9/News On 6 poll.

A survey of 580 likely Republican voters indicates 16.4 percent favor Barresi, 17.1 percent support Hofmeister and 14.3 percent favor Kelly. A little more than half of the respondents, 52.1 percent, say they're "unsure."

Barresi faces a tough re-election as head of the State Department of Education. If she defeats her Republican challengers, she faces a Democrat challenger in the Nov. 4 general election.