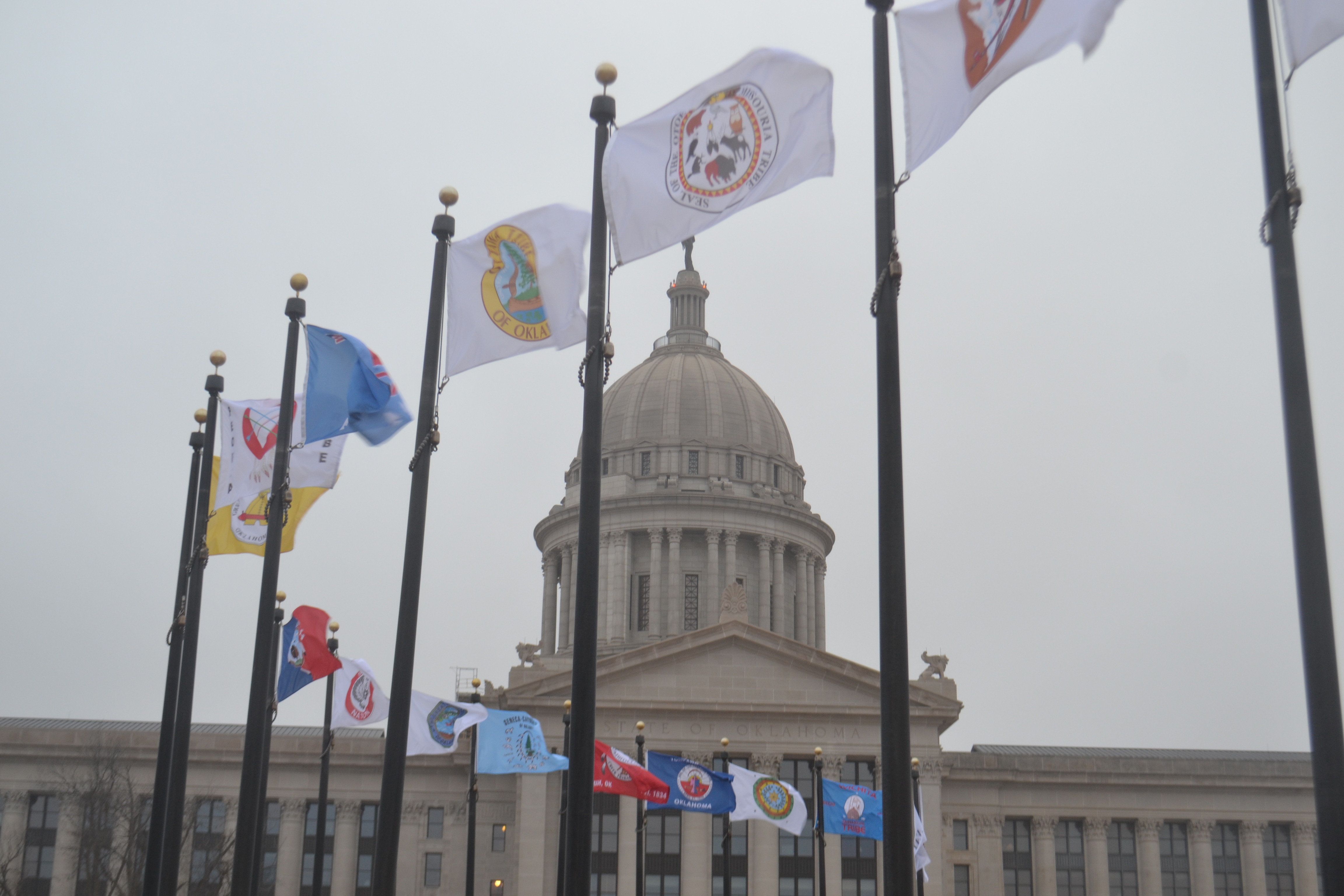 A majority of likely Oklahoma voters polled say they would support legislation that would require the Oklahoma state legislature to abide by the Open Meetings and Open Records Acts, according to a recent SoonerPoll survey.

The Open Meetings and Open Records Acts make up a set of rules which are designed to ensure transparency in government. Currently the Oklahoma state legislature is exempt from compliance.

By comparison, 7.8 percent said they opposed the legislation and 7.2 percent had no opinion.

“The people of Oklahoma know that it is absolutely hypocritical for the state legislature to make laws to have transparency of government entities and then to exempt themselves from those exact same laws,” Rep. Jason Murphey, R-Guthrie, said.

“It’s not right and the people know it.”

In February, Murphey introduced HB 1085, which, if passed, would make the Legislature subject to the Open Records and Open Meetings Acts.

Murphey said that anytime taxpayer dollars are spent to produce a record or to have a meeting, taxpayers have a right to observe those proceedings and to view and keep those records.

“Overtime, those [Open Records and Open Meetings] laws have worked out very well and it has become an important part of the ethics of the Oklahoma governance structure,” Murphey said. “It’s far past time for those same laws to be applied to the Oklahoma legislature.”

HB1085 passed in the Government Modernization Committee last week on an 8-3 vote and is now eligible to be heard on the House Floor.

Sen. David Holt, R-Oklahoma City, helped author the legislation and intends to introduce the bill in the Senate if it is successful in the House.

“Sen. Holt in the senate made a big stride forward when he came out in support of it,” Murphey said. “That means that we now have support and advocates in both the chambers, which is very important.”

Murphey said he is hopeful that the legislation will be passed despite opposition from legislators who have “become comfortable with the secrecy that surrounds the proceedings.”

Additional analysis of the data reveals bipartisan support for removing the open records and meetings acts exemption for the Legislature.

Crosstab analysis indicates that 85 percent of Republicans and 84 percent of Democrats would support legislation. Independents showed the most support with 93.1 percent in favor of removing the exemption.

Similarly, 84.5 percent of conservatives, 90.7 percent of liberals and 85.9 percent of moderates said they would support legislation to remove the exemption.